Besides the two better know 9/11 memorials at Aero Pines Park and Stag Island, which Gemma Cleanslate wrote about, there were a few others. 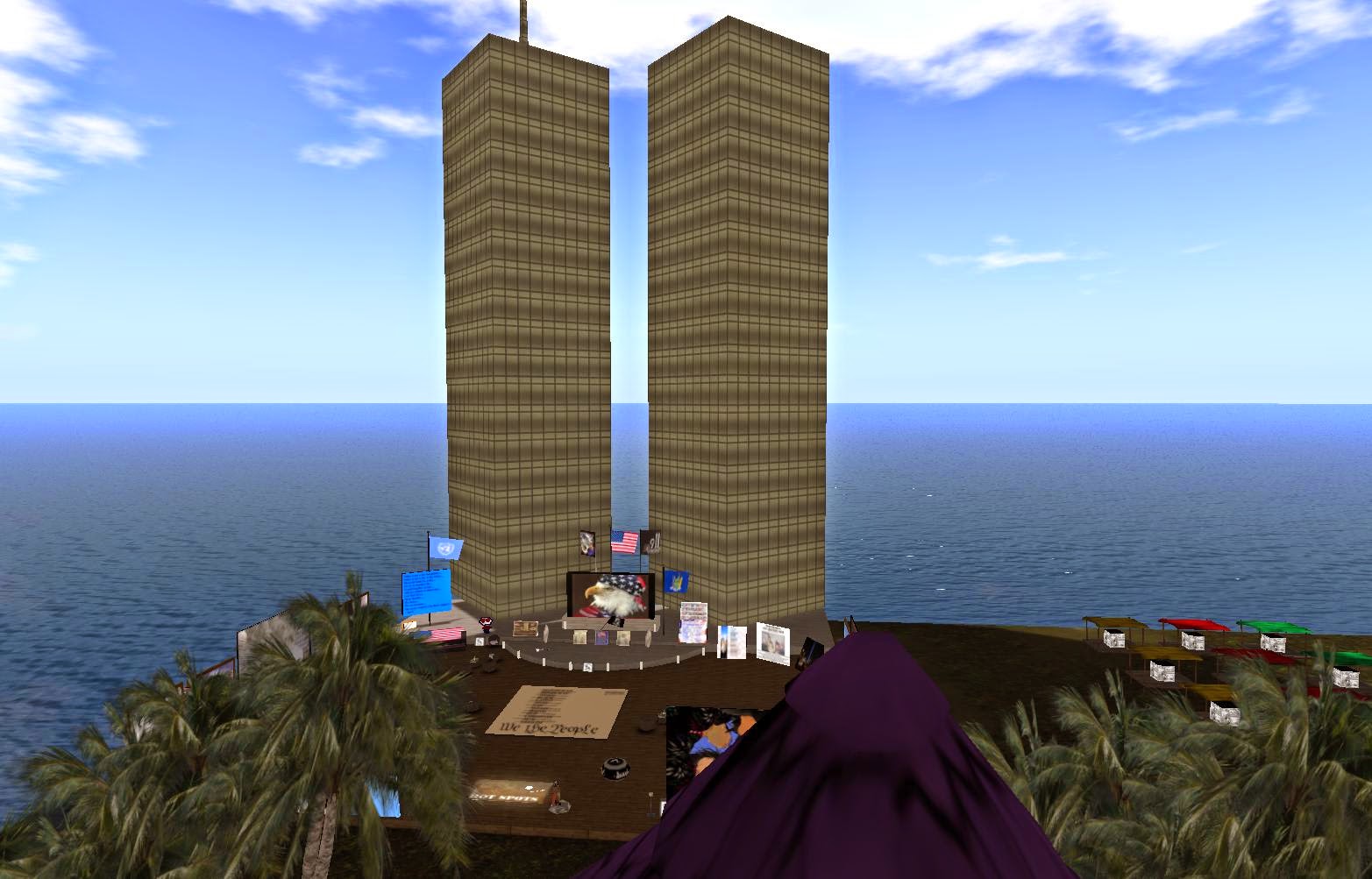 One such memorial is at McCoy Island. Around the area are a number of photographs and artworks of the disaster. There is also a gift box with a jacket and other items. The corner has a flag which changes color on occasion to another country which lost people in the tragedy. 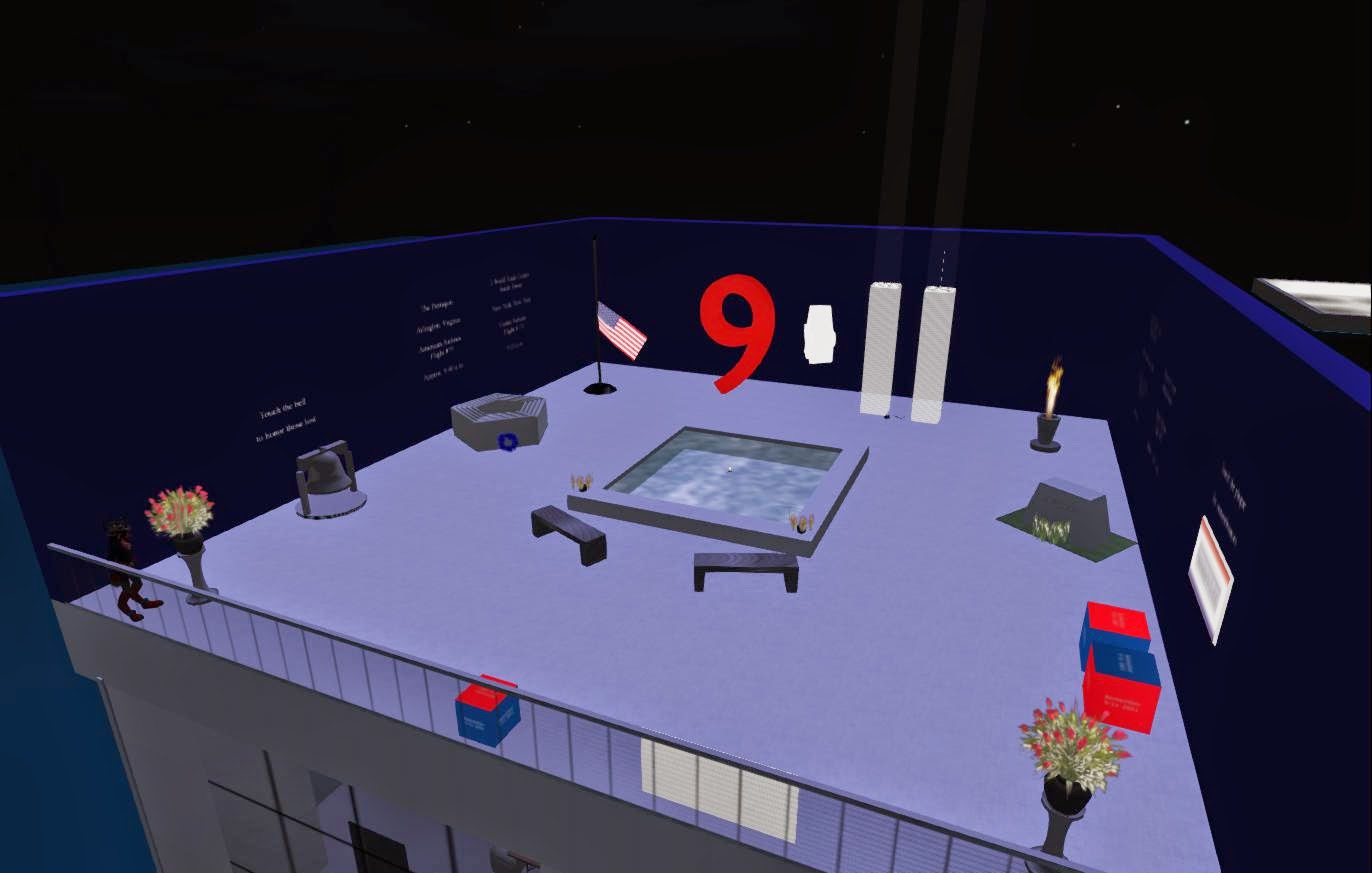 Learning Virtuale had a simpler memorial, though it was expanded from the one last year. It was on top of the building. 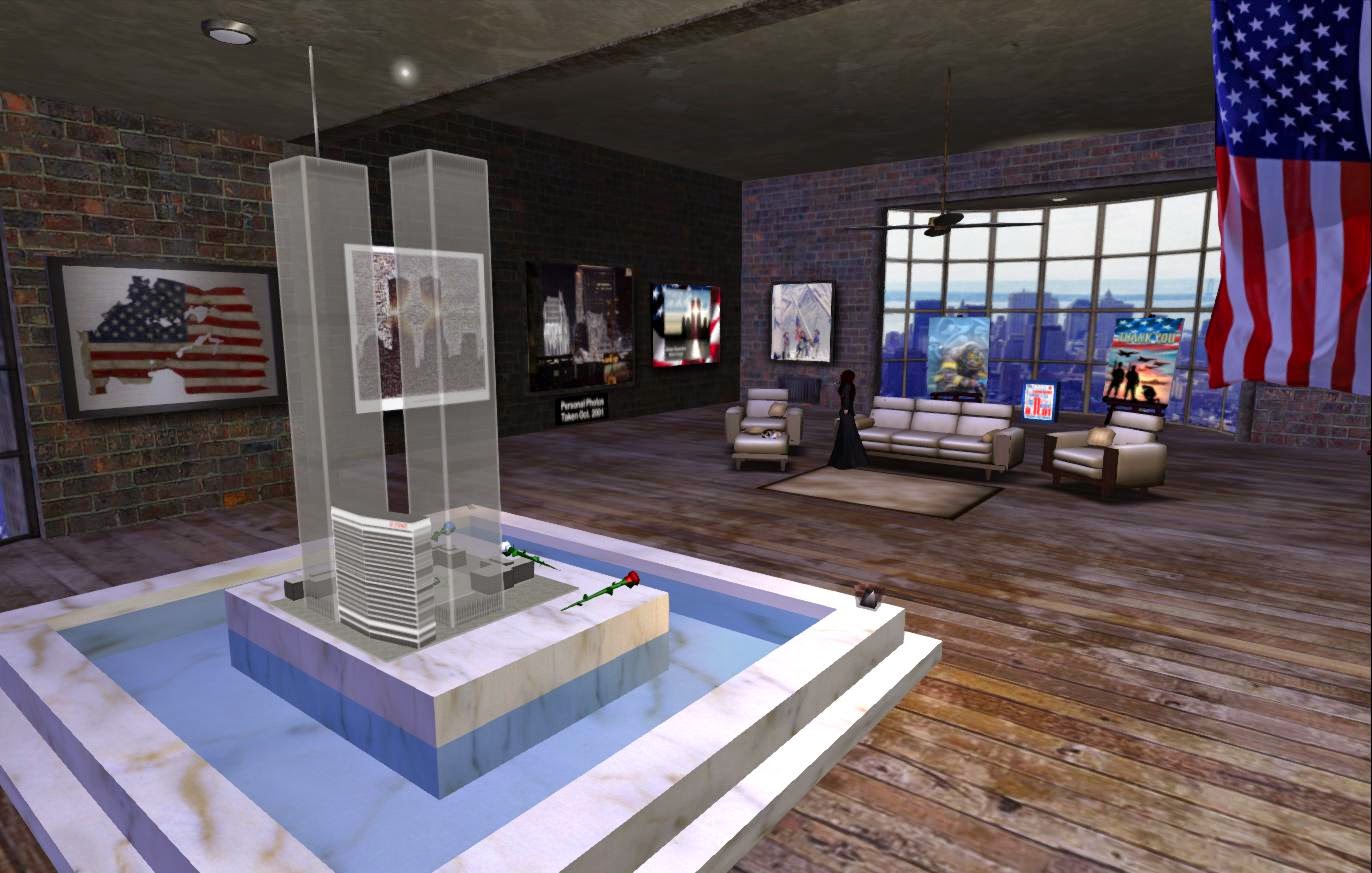 One new memorial was within a skybox above the Betonia sim. This place in addition to the displays and pictures also had chairs.

"Welcome to the 9/11 Memorial - Always Remember, Never Forget. A tribute to those who lost their lives on September 11th, 2001. Share words of comfort, share stories, share your sorrows and hopes for the future. Touch a candle to say a prayer. Thank you for visiting." 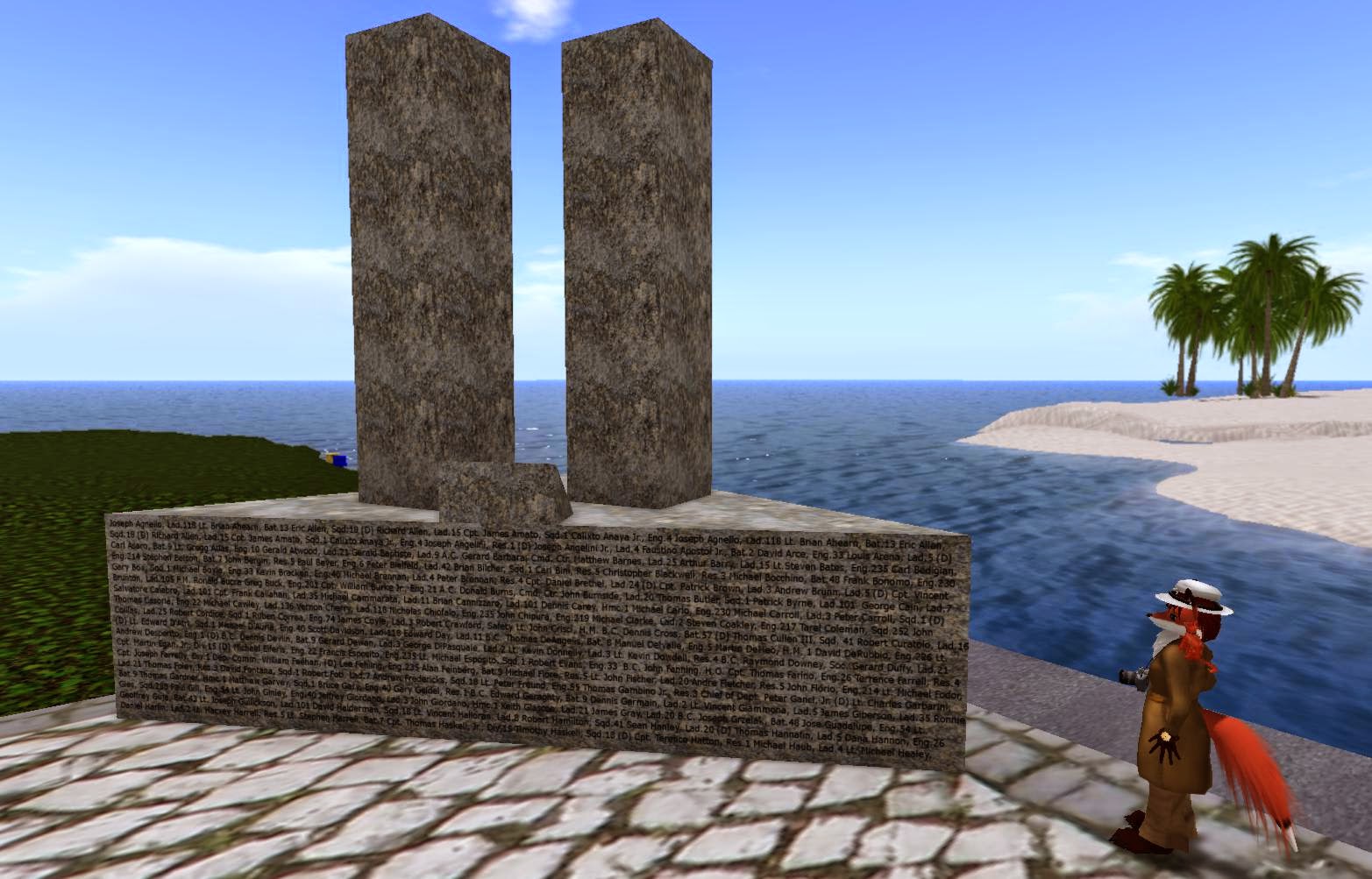 And finally, one memorial just down the road from the Second Life Newser office in the Sunweaver community. The Sunweaver Bay Fire Department, owned by Albert B. (albe61) aka "Bob Marley" had this memorial set up by Nana Pelazzi. It lists the names of the firefighters whom perished in the towers' collapse.