Commentary: Perri Prinz Writes About The Effect Of The Antifa


In February 2016, Perri Prinz of Second Life's Sunweaver community announced she was no longer updating her Livejournal which she had used to discuss various topics. Her writing was limited to her Spectral Shadows serial story, which still can be read at http://spectralshadows.livejournal.com/. She has recently taken a break from that and gone back to writing nonfiction articles and briefs. The reason: zealots known as the Antifa. 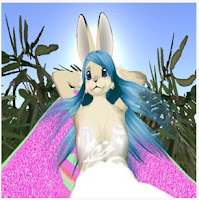 Perri, under the name Perri Rhoades,  recently wrote a commentary for Furry Times, "The Fandom That Feared Itself." Starting off by calling it the story of how "something truly horrible had happened to the Furry Fandom." In her article, she described her reading about how trolls and zealots were claiming Nazis were present among fans of the genre, and threats of force against them were necessary. Eventually, they would succeed in shutting down a convention through death threats. To Perri, these extremists regarded their targets as having no rights, and her questioning of their actions got her labeled as a "Nazi."

Anyone who even remotely knows Perri would see such statements at best some kind of sick joke. She is best known for her DJing of classic rock 60s and 70s songs, sometimes in bell-bottomed pants, and is the co-owner of a classic rock club with images of the era. Hardly the mark of someone on the far right. In her "Spectral Shadows," at least one character described as conservative was very unsympathetic towards those who were different. She hasn't been the only unfair target. One other so-called "Nazi" turned out to be half-Thai and gay.

So what does this have to do with Second Life? Yours truly has seen the black paw print in a white field on a red armband used as a parody of the infamous fascist armband (not unlike Charlie Chaplin's "double cross" in "The Great Dictator") in the past inworld, as well as groups such as "Fox Supremacists" of which the names were meant to be a gag.

The Antifa has done more than just shut down a convention of sci-fi/fantasy fans. Their threats of violence have also resulted in an annual parade in Portland Oregon being called off. And riots by them at Berkley forced a conservative speaker to cancel an appearance. One writer in the Wall Street Journal commented the danger wasn't just within the Berkley campus, but if not stopped they would have a chilling effect on free speech.

Perri stated that unless the Antifa communists were clearly labeled as the thugs they were and isolated, they would continue to poison the minds of young adults into seeing violence and threats of as an acceptable method  of dealing with those they don't like, "we must ... reaffirm our stance against censorship. We must be more protective of freedom of speech and freedom of expression than we’ve ever been before, as it is those things that are under attack."

Addition: Perri has started up her Livejounral again, reprinting her commentary there, which has already been getting comments by others. I also forgot to mention the New Fallout WW2 Combat Roleplay, which has some German groups.