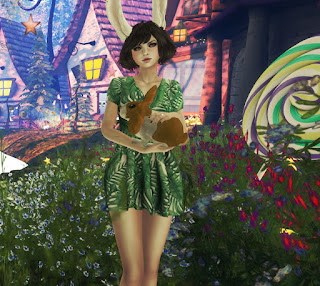 After seven years, Ozimals has closed it's doors.

The news came suddenly yesterday on Tuesday May 16 when Malkavyn Eldritch posted on the Ozimals blog that the day before, she had been hit with a "cease and desist" order from a lawyer representing an Edward Distelhurst of Akimeta Ltd, "This letter demands that I cease all use of Ozimals intellectual property." Sadly, she made the conclusion they had no choice but to comply.


I don’t personally agree with this claim, but I do not have the means to fight this in court, therefore I have no choice but to comply. As of the morning of Wednesday, May 17, 2017, my products and their associated games will cease to function.
This really f***ing sucks, and I’m sorry. It was never my intention for the time we’ve all spent with the bunnies and the Pufflings to end like this. I want to thank you from the bottom of my heart for all of the support this community has given me over the last seven years. I wish there was more I could say.

For those looking at two of the last pictures on her Flickr page, they found that if they could get to the Ozimal store in time. they could get "free eternal timepieces and other goodies" that would keep their pets active. Otherwise "Any bunny who is not Everlasing will be unable to eat and will hibernate within 72 hours." Those bunnies that were "Everlasting" would go on. Getting to the store at slightly after Midnight SL time, the store, and the means to preserve unprotected pets, were gone.

Who is Akimeta? A search let to a blog by "Akimeta Metaverse Development Services," in which they listed Ozimal bunnies as one of their collaboration projects, "Work for Ozimals LLC began in June or July of 2009 and through the course of my time creating the bulk of visual assets used by the company some ~2000 files were created, culminating in over 600 individual visual assets now used in the widely popular game." It seems their partnership has ended under less than cordial circumstances.

Ozimals came onto Second Life in 2010. While they were not the first breedable pets in Second Life, they were a breakthrough as they were hardier than the fragile Sion chickens and "the first breedable pet company in Second Life to use a sophisticated system based on dominant and recessive genetics instead of RGB color values as the previous popular breeding pet games." For a time, they were wildly popular, some rare breeds selling for tens of thousands of Lindens at auctions. They even made a marketing deal with Linden Lab.  But the bunny craze soon faded. Shellie Sands thought that the market had become saturated, and when people kept on selling as people wanted to get rid of bunnies they could no longer afford to feed, the price plummeted.

Shortly afterwards, Ozimals filed suit against Amaretto horses, the next popular breedable, saying they had copied sections of their scripts. But after some time, the judge ruled in favor of Amaretto. More breedables entered the market, from dogs to cats and many others. But the Ozimal bunny had a place in Second Life history. And now years after the lawsuit, ironically but sadly the bunnies have met their end due to another suit.


Goodbye, Ozimals, you brought joy and happiness to the grid for years, and I wish some of that will follow the people who kept the bunlife going. 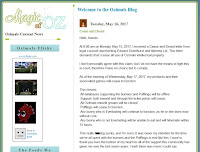 Addition: The Ozimal blog seems to have been taken down, so here is a screenshot of the last entry.