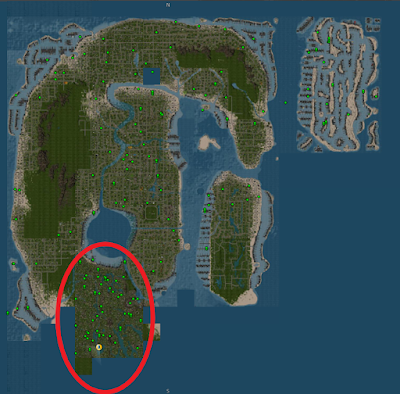 Remember the Linden Home campers that were up on display at the Second Life Birthday this year? Well, some were finally made available for people to claim. A number of sims have been added to southern Bellisseria. But these are different than areas made earlier. 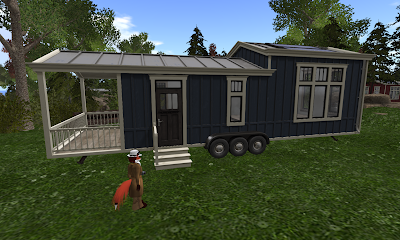 Some of the trailers looked unclaimed or ready to be moved into, either they actually were unclaimed (rare for a Linden Home), or someone did and hadn't moved in yet. 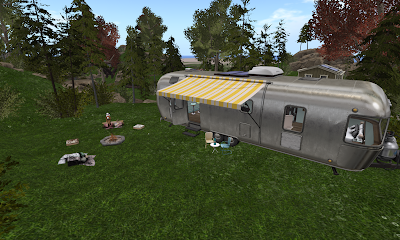 Others had signs that they were claimed. And there were a variety of camping homes available. There was even an electrical outlet pole next to each. 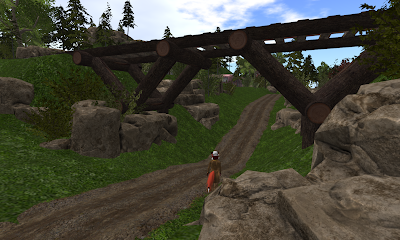 The scenery of the park area was well-detailed too, with dirt roads and railroads.  Of the latter, I found rail bridges, as well as railroad car rezz stations, water towers, and signal lights. 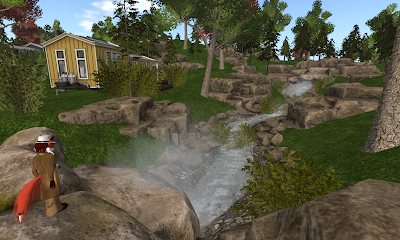 There were streams in some sims. In others, rivers. One sim had a large lake area. The Linden Moles are still at work in developing the new continent. And this new area is definitely worth a look, even if you have no intention of getting a Linden Home.