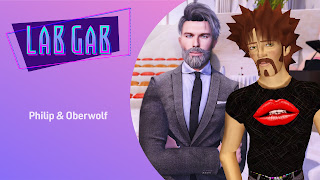 Good news to fans of Philip Rosedale, the founder of Linden Lab and Second Life. He's back at the Lab. There was an announcement today that High Fidelity, the company Rosedale would found after leaving Linden Lab, had "acquired an interest" in Linden Lab. Some people from High Fidelity will be joining the Lab, including Rosedale, whom is back as a "strategic advisor."

The transaction will help Second Life further scale its operations and strengthen its commitment to growing an innovative, inclusive, and diverse metaverse where its inhabitants’ ingenuity drives real-world value for themselves and others.

"No one has come close to building a virtual world like Second Life," says Second Life founder and High Fidelity co-founder, Philip Rosedale. “Big Tech giving away VR headsets and building a metaverse on their ad-driven, behavior-modification platforms isn’t going to create a magical, single digital utopia for everyone. Second Life has managed to create both a positive, enriching experience for its residents — with room for millions more to join — and built a thriving subscription-based business at the same time. Virtual worlds don’t need to be dystopias.”

“Since Philip started Second Life in 1999, its visionary approach has not only stood the test of time, but positioned it for the future,” says Brad Oberwager, chairman of Linden Lab. “He and the High Fidelity team have unmatched experience and I can’t wait to capitalize on the vast opportunity in front of us.”

The Lab would state both Philip and Overwolf Linden would appear on a special edition of "Lab Gab" in a couple weeks. Residents are invited to submit questions using (this Google doc), but have until Midnight Sunday January 16 to do so.

Click Here to go to the announcement in the Linden blog.

Posted by Bixyl Shuftan at 2:54 PM