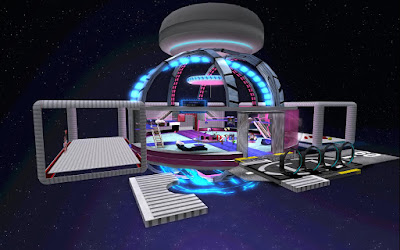 Since June last year, the space station club Club Zero Gravity has operated in orbit over the Sunweaver/Angel community. It was actually the fourth design in the club's history. This week, the space station got a makeover, and now has a fifth. Matoazma Kazyanenko was the one whom did the redesign. The new look was revealed on Wednesday November 7, with DJ Snowbuns playing the music. 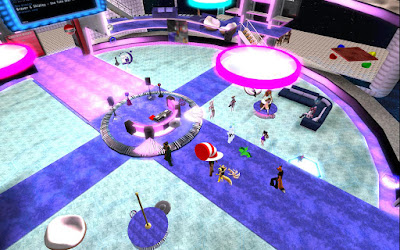 Instead of the DJ booth at one end of the dance area, with the new look it's now in the middle of the club. There are now side rooms for activities such as games. There's also an upper room. 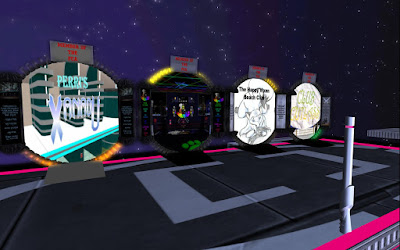 There are also teleport doors to four other clubs, Club Cutlass, the Happy Vixen, Urban Furry, and Club Xanadu.

Club Zero Gravity is run by Ranchan Weidman and Matoazma Kazyanenko and is at Sunweaver Space (129, 249, 3597)

Addition: There seems to be a friendly dispute over who gets the credit for the build as Ranchan told me Mato did the work and Mato told me it was a joint effort between her and Ranchan.