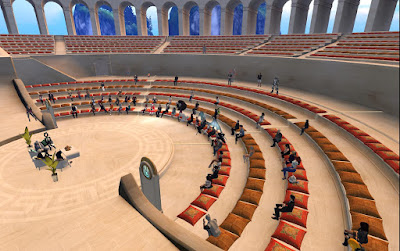 Yesterday, November 15 at 10 AM, was the time of the Town Hall. Oz, Patch, and Grumpity Linden were joined by Xiola on stage as they talked to the residents in the audience. They answered a number of questions that had been posted in the forums. At the end was a short Q and A taking some additional questions from the crowd. 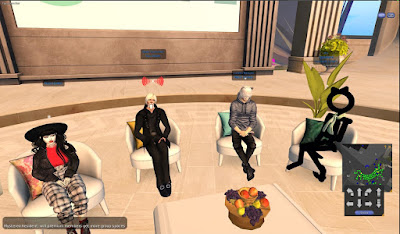 There were a number of question answered. Will there be resident to resident auctions? Not until next year. Will Premium residents have some choice in their style of Linden Home? Yes. What does the SSP in the new mystery continent stand for? "Super Secret Project."

On the issue of bringing back last names as an option for new residents and allowing those who don't have them to get one, "As with many things in Second Life, it's complicated. A lot of things in the background we need to upgrade." They stated that it was looking like last names would not be back until sometime in " the second quarter of next year" at least. As for how much the fee would be, one stated, "on the order of a few months of premium membership" or close to $30 USD, "not impossible, but not throwaway money."

The Newser will try to have more about the Town Hall later. For now, here's a video of the event courtesy of Luca.

Addition: I've been hearing from others that getting a last name or changing one's last name for an account may be limited to Premium Residents. So for a free player looking to get a last name could be spending about $40 USD.
Posted by Bixyl Shuftan at 6:05 AM