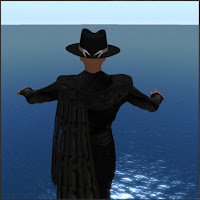 Longtime readers may remember "M and M Creations," run by Marcthur Goosson. For years, he has been making quality items for sale, such as his cottages. But he recently came to the Newser after an incident that concerned the sale of some of his cottages.

Besides his inworld store at the Isle of Paradise, M and M also has a Marketplace page. Sales there were routine until December 30 when Marcthur discovered the Lindens had taken away 11,000 Linden dollars from his account, "without any warning or explanation." A few days later on January 4, he found 31,000 Linden dollars were gone. So he asked Linden Lab what was going on. They gave the following answer

Thank you for contacting support. We'll be happy to explain! We discovered the Marketplace purchase on your store was done with Lindens acquired from another source. The transaction was cancelled and the Lindens that were used were subsequently removed. We do apologize for any inconvenience this may have caused. Let us know if you need any further assistance!

Marcthur messaged them again for more details, and his money back. He was given this answer.

Unfortunately we are not privy to the specifics on which Marketplace purchase was actioned against, you do have our apologies! Our Accounts Review team discovered the issue and made a determination which resulted in the removal of the Lindens spent. For security purposes we cannot reveal the source of the Lindens or who spent the Lindens through your store. 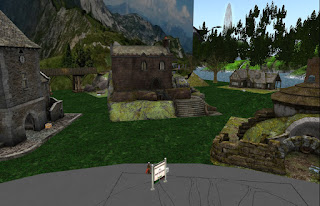 Exactly what Linden Lab meant by "acquired from another source" they never stated. Marcthur wondered if it might be "fraud or stolen Linden dollars." But with the Lab not saying more, he could only turn to the Newser. Of the items involved in the canceled transactions, "I do not know cause they do not tell me. But given the amounts ans transactions in my overview it must be mainly cottages. So my cottages are in the wild now, and who-knows-what other items (I mainly sell full-permissions only). ... I am still in conversation with Linden Lab so they might compensate me or tell me more (or give me the LL finger)."

So far, Marcthur has yet to tell me of any additional information Linden Lab might have given him, or any of the lost 42,000 Linden dollars. If anyone knows of any similar incidents, please contact the Newser about it. In the meantime, M and M Creations remains open for business.