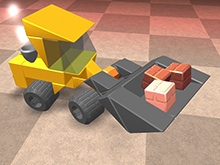 Last week on January 24, Linden Lab announced they had purchased the iPad game "Blocksworld." Described on it's own website as a "mix of Lego and Minecraft," the Linden press release described it as an iPad game in which players use cubes, wedges, rockets, wheels, motors, and more to easily create 3D models of anything they can imagine - from race cars to animals to robots and more. These models come alive with realistic physics simulation, and users can play, interact, or even explode their creations. As with Linden Lab's Creatorverse, Blocksworld allows users to share their creations with others to explore, play with, and remix to make their own.

CEO Rod Humble was quoted in the statement, "Blocksworld is a great fit with what we do at Linden Lab. It's a very user-friendly complement to our portfolio of shared creative spaces, We're happy to have the Blocksworld team join Linden Lab and are looking forward to bringing Blocksworld to the App Store worldwide soon!" 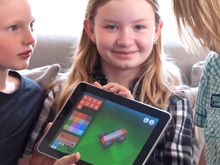 Boldai, the team behind the game, is based in Sweden. On the website, they stated Blocksworld was developed at the University of Linkoping.

It's notable that in their press release, Linden Lab called itself not just "the makers of Second Life," but "the makers of Second Life, Creatorverse, Patterns, and other shared creative spaces." Some established residents of the Grid, already feeling the Lindens are leaving them behind, might consider this statement further evidence that they are.

Hamlet Au in New World Notes suggested that the purchase was motivated by predictions of tablets outselling desktop computers within two years. Ciaran Laval on her blog felt Rod Humble was continuing to move Linden Lab forward, expanding it and making it known for more than just Second Life.