Tales from Podex: "Not Just a Spokesman" 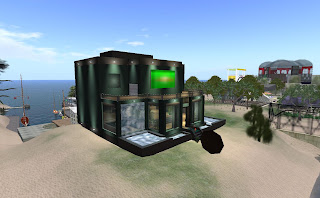 It was another January day at the Podex Exchange. The Christmas season was over. But people still came in to buy, or sell, Lindens. People still had rezzdays, people still wanted to look good, and there were the virtual pets. And of course the merchants making a profit would convert some to other kinds of currencies.

In the middle of one of their discussions, someone walked in. One of the tellers looked over, "Mr. Shuftan?"

The other tellers almost jumped as they looked to the entrance, expecting their boss. Instead, there was a somewhat short figure, foxlike with a red tail and red and white fur over his face. He wore a brown jacket over a green shirt. Over his red hair was a white fedora. 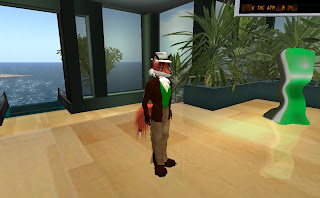 "Sorry if I startled you," the figure spoke, "Not many share my last name."

"Um, yes, of course Editor Shuftan," the first teller to notice him spoke again, "Were you here to discuss our advertising agreement? The boss isn't here, but we'll gladly pass on a message."

"It's not that. It looks like instead of you paying me, I'm here to make a transaction myself."

"I haven't. A business owner asked me for a loan, and I was sure he'd repay me. Well, as it turns out, he's not in any shape to, and I'll need to pay my writers soon. Not to mention the rent on my land."

"Oh, of course. Well, I assume you'll be making the transaction in US Dollars?"

"And will you be doing a Ukash voucher, bank transfer, online bank payment, or Paypall?"

"Paypall. I just signed up with them." 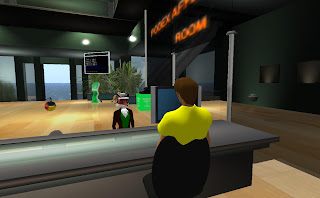 The paperwork was fairly short, so it wasn't long at all before the transaction was made, and the customer had his Lindens."

"Thank you, Editor Shuftan. It's not every day we meet someone with the same surname as our boss."

The foxlike figure chuckled a bit, "Yes, it's become something of a joke between us. He's called himself my distant Polish cousin."

The teller grinned, "Of course, but aren't you usually in an overcoat."

The customer chuckled, "Hey, I don't spend every moment being 'Fox News.' "

They had a good laugh, and the bank's latest customer went on his way.