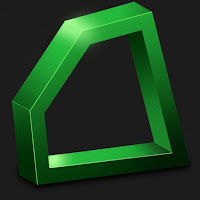 Yesterday, Arabella Steadham announced that the Emerald team would soon be folding it’s doors. Later, the post was amended, her saying there was “a hostile takeover was attempted by a portion of the Dev Team trying to gain unauthorized access to the Emerald servers without knowledge of the others,” Jessica Lyon fingered as leading this “takeover.” This was something of a surprise, as Arabella and Jessica appeared together on SL media to defend Emerald and give it's point of view together.

Jessica Lyon has started up her own blog, explaining her point of view.

* * * * * * * * * *
As of some time this morning, all access to the servers have been severed to all but Arabella Steadham and Lonely Bluebird. Neither me, nor any of the other Emerald Developers have the ability to put out releases at this time. Beyond the recent beta 2587, we also cannot certify the safety or validity of any future releases.

. . . . . . . . . .
Without access to the server and website, I am forced to make a very difficult decision as I will not allow myself to be held accountable to anything that happens from this day on in regards to Emerald.

With that said, I here by officially resign from the Emerald Viewer Project.

I no longer have access to post on the modular systems blog, so I have created a temporary personal blog here http://jessicalyons.wordpress.com . It will be on this blog where I will post future developments with myself and possibly the remaining Emerald Developers. We are considering, (only considering) the possibility of creating a new viewer, to be on the TPVD, picking up where Emerald left off. IF we do, you will have the same features as Emerald Viewer. The motivation for this would be purely to give the existing loyal Emerald users a TPVP compliant alternative with a fresh future.

Both posts were soon followed by dozens of comments. Some were well wishes and thank you notes. Others expressed sadness that it ended this way, and wondering if there would ever be a viewer as good that they could use. And there were a few curses tossed in the direction of Linden Labs.

Unrelated to the team split, there was also an announcement in the Emerald blog of a griefer trying to "pervert the in world open Emerald viewer group. ... I tried to close the group down. Unfortunately, I could not do this in time, so many will now no doubt read disturbing notices put out ..."

Some residents vow to continue to use Emerald. Others are looking for alternatives, Snowglobe and Imprudence appearing to get the most attention (from my point of view). And there are those sticking with, or heading back, to the old SL viewer.

And so, the team started many months ago to provide an alternative to the official Linden Labs viewers, an alternative that won the hearts of many residents of Second Life, has come to an end. For now, the Emerald Viewer is still allowed to be in use. If or when this will change is unclear.