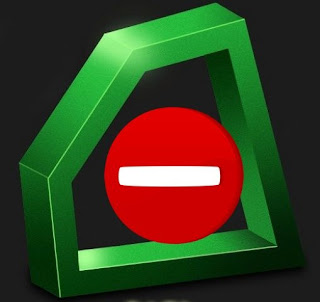 In the week since the discredited Emerald Viewer was blocked from Second Life, the remnants of Team Emerald are heading off to another virtual world. Their departure, however, was conducted in a less than professional manner.

The day Linden Labs made their announcement, Team Emerald member Arabella Steadham, officially the Communications Manager, reacted badly. She wrote an angry post full of rants and insults, the professionalism she had shown up until then stripped away. She attacked rival viewers, she attacked her former teammates whom had defected to Phoenix, and she repeatedly attacked Linden Labs. She ranted the “dunderheaded buffoons” of the “pond-sized American company” had bullied them for no reason other than their viewer being more popular than theirs, and the blocking of it’s use was part of some underhanded conspiracy to force the users to use Viewer 2.0. Second Life, she branded, had no future among virtual worlds except as a backwater. 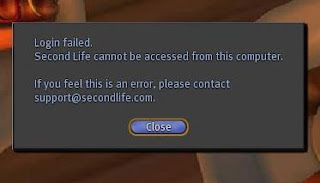 The following day, Arabella announced that Linden Labs had terminated her account. Banned. She made a few more words defending her rights and branding Linden Labs as dictatorial “Thought Police,” warning readers they could be thrown out for the slightest criticism. Then basically stated she no longer wanted to be part of Second Life.

According to an article in the Herald, Phox, the Team Emerald member whose refusal to resign led to several members quitting and forming Phoenix, was also banned. Fractured Crystal, the member who resigned following the Distributed Denial of Service Attack, was not banned but apparently vanished on his own.

So where did they go? Blue Mars? OpenSim?

A couple days adrer Arabella announced her banning, there was another announcement.
...Second Life isn’t the greatest virtual world software. The only thing that makes Second Life so great is the people! We think that all the same people will be able to enjoy better software, and a better viewer by moving over to a competing platform, the Virtual World Web.

The “Virtual World Web” is the platform of Utherverse. This virtual reality company offers users the ability to access “a Virtual World Web of interconnected 3D communities ” that they call superior to the Internet. Of these virtual worlds, only one, Red Light Center, has gotten much attention. I’ve only run into a few who used it, and none were particularly happy with it’s performance.

Modular Systems has been officially invited to participate with Utherverse, the company behind the VWW, in advising on new viewer features and possibly on future client development.

"This is an enthusiastic group of developers who also love spending time in virtual worlds. They know what a Viewer needs to do to make the user happy because they use it themselves," said Brian Shuster, CEO of Utherverse. "It's shocking that their talents weren't properly appreciated by Linden, but the popularity of their work speaks for itself. We are very happy to have started up a new relationship with Modular Systems developers."

The freind whom I’ve discussed Emeraldgate with often chuckled over Team Emerald going to what he called a third-rate virtual world, being among those I ran into who tried it. He felt Utherverse was so eager to get more users, they were not stopping to think of the potential damage that could be done. The chance that they could rise above being a backwater, to borrow Arabella’s word for what she saw as SL’s future, was just too tempting.

But he felt “the real battle is in SL,” reminding that there were still these Emerald viewers with “spoofers” to get around the Emerald ban. Depending on whether or not they continued to make them available might make the difference in whether or not Linden Labs would take legal action.

The Utherverse is offering incentives for those in Second Life to change over. But in my opinion, this is likely the last we hear of Team Emerald, at least for a long time.