Emerald to be Blocked From Accessing Second Life, Phoenix and Emergence Approved for Linden Directory 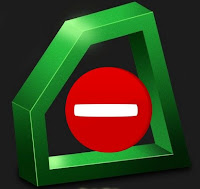 In what many Second Life residents thought was just a matter of time, an announcement was made on the Linden Blog:

It didn't take long for word to travel, a few groups I'm in discussing about it in chat. Someone put up a link explaining how to modify one's Emerald Viewer to avoid being blocked. This was quickly followed by an announcement from the group leader that Linden Lab was not fooling around, and would not think twice about banning someone trying to get around the Emerald block.

There were still a few people confused as to what was going on, wondering if trying to simply attempt to log in with Emerald would mean a ban. To those reading, the answer is no. Trying to log into SL with an unaltered Emerald viewer after 10AM SL time tomorrow will not mean a ban, just unable to log in. But modifying it to get around the block very well may get you banned.

What got less attention, but still talked about some was the change on the Second Life Third-Party Viewer Directory. Both the new Phoenix viewer from the team led by ex-Emerald Jessica Lyon, and the Emergence Viewer from LordGregGreg Back (whom had left Emerald before the scandal) had been added to it with no comment from the Lindens. In a sense, LordGregGreg and Jessica had been vindicated, and Emerald condemned.

So is this the end of Emerald? Not necessarily. There are reports going around of the last update of Emerald involving “spoofer” programing to allow people to sneak in. Diehard fans of Phox and Fractured Crystal may keep it around in small quantities for some time.

Chatting with a friend, he felt that the shenanigans by the troublemakers of Emerald very well could land them in serious trouble. The night before, he had listened to BBC Radio 5, which talked about Second Life and the Emerald Scandal, and knew that the next day Emerald would be banned (and Emergence & Phoenix placed on the TPV directory). Linden Labs could afford to be a little lax as long as the debate was within Second Life. But once this began hitting more mainstream media, it’s reputation was on the line.

What Linden Labs does with the troublemakers he felt depends on how defiant they remain. The Lindens have a lot of evidence against them from the Directed Denial of Service attack , to the Emerald code, and then the spoofer, which he felt was their way of telling Linden Labs off. He didn’t think they realized Linden Lab could call the FBI on them, whom could work with overseas police for those living abroad. What the Emerald Team troublemakers did, he felt, could easily be classified as cyber terrorism. Which means if Linden Labs decided to pursue the “nuclear option,” those involved face years in prison.

Or perhaps the judge will be lenient, and give them twenty years probation, but among the terms, they can never again so much as touch another computer.