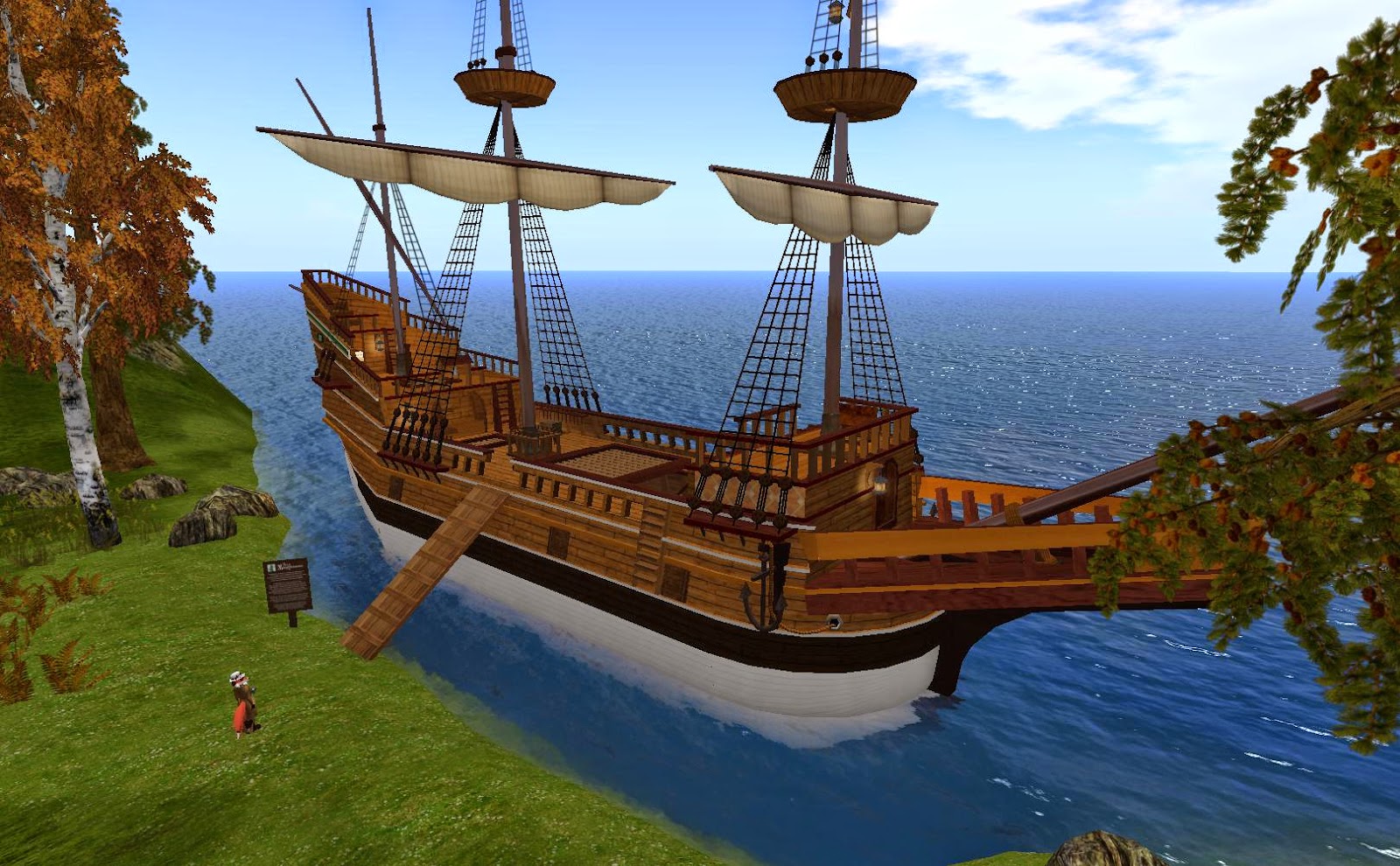 In the Zundra sim, there is an exhibit appropriate for the Thanksgiving holiday. There, a replica of the "Mayflower," the ship that brought the Pilgrims to America, lies next to the shore.

The Mayflower, a privately commissioned vessel captained by Christopher Jones, transported the Pilgrims from Plymouth, England to the New World in 1620. There, they hoped to found a new colony and worship God as Scripture taught, free of the dictates of the Church of England.

On September 6, the vessel headed out to sea. After a grueling sixty-six day journey marked by disease and violent storms, the Mayflower sighted Cape Cod and turned south, seeking to land in the Hudson River region, north of the Jamestown Settlement. However, rough seas as winter approached forced a return to Cape Cod (Provincetown Harbor), where the ship dropped anchor on November 11.

On March 21, 1621, all surviving passengers having remained aboard ship during the harsh winter, moved ashore to found the Plymouth Colony. On April 5, the Mayflower herself returned to England, and resumed her career as a trade vessel.

Neither the ship nor captain long survived the journey. Jones would die in 1622. The ship would lie in berth not far from where he was buried for two years, then was declared unseaworthy and broken up for it's wood. 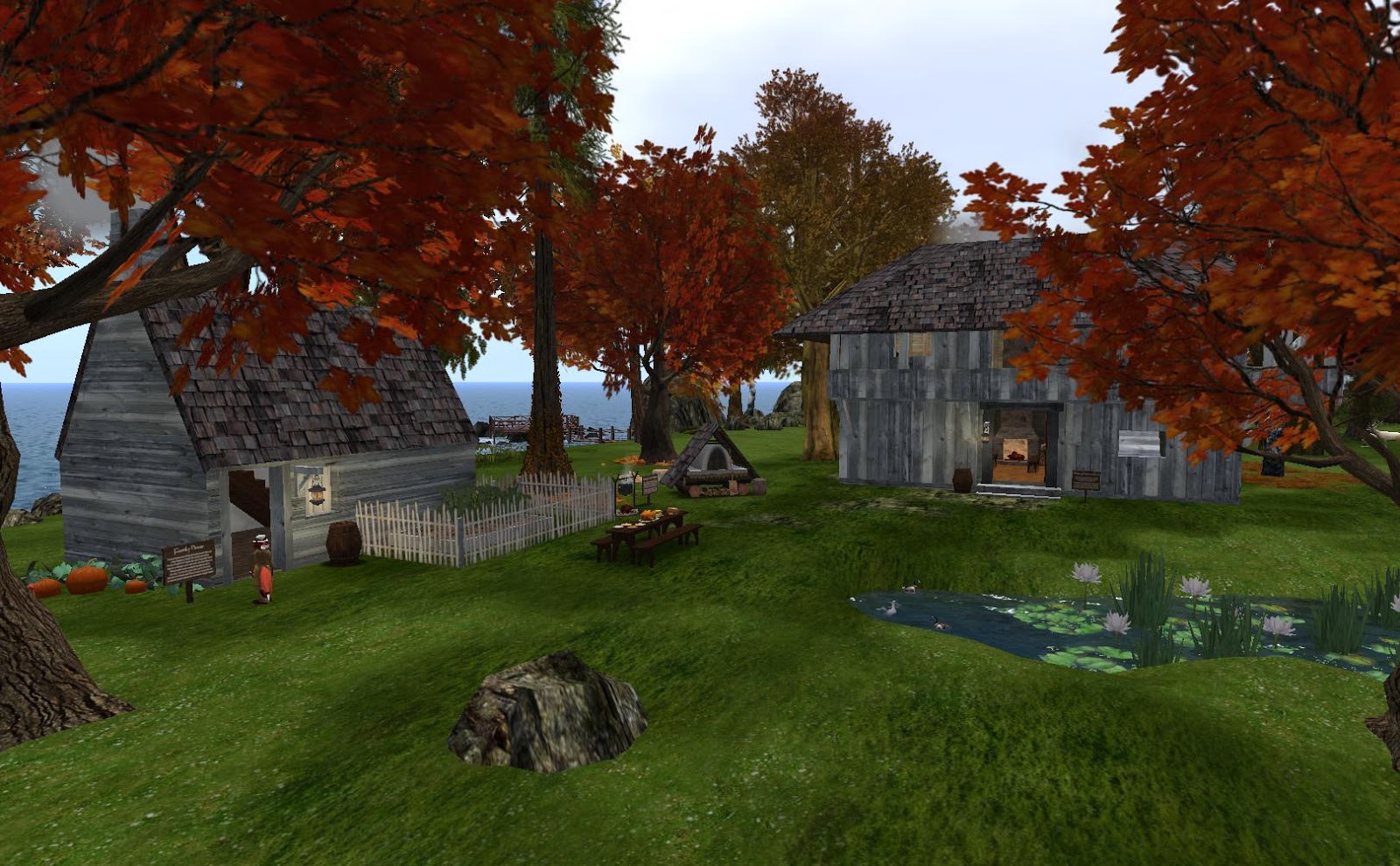 Not far away are a couple buildings, a family house with a garden, and the two-story building that was used as a combination meeting house, storehouse,  and fort. There was also a baking oven and cookpot. Around the builds were a number of deer, squirrels, chickens, and other animals. On occasion, a rooster would crow. 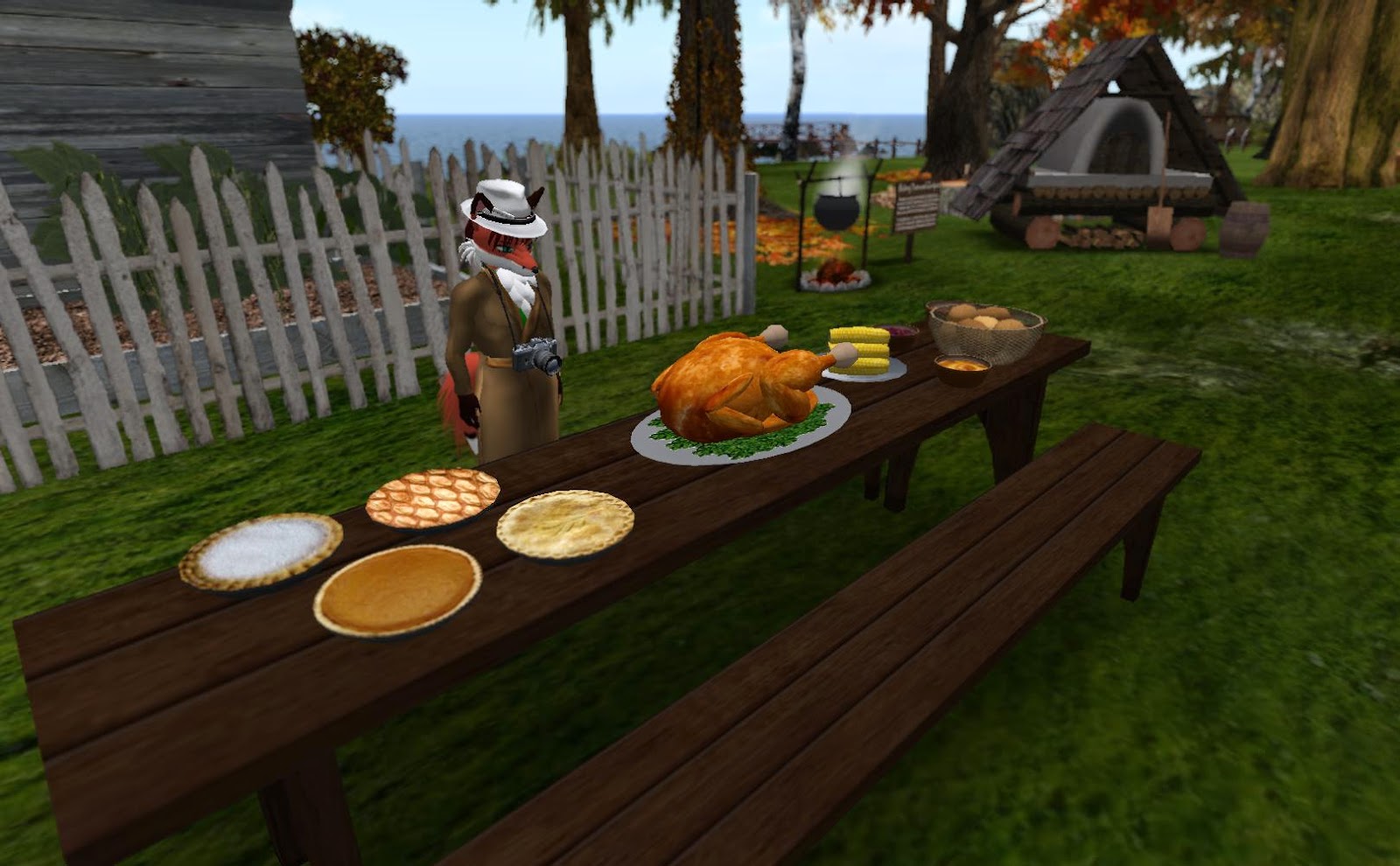 And of course there was a table with a Thanksgiving dinner, representing the famous one in November 22, 1621.

With the help of Squanto and other Indian friends, hunters brought back four large turkeys, deer, and wild ducks. The kitchens grew busy as a great feast was prepared. Stew simmered in a great cookpot. Children dug clams at a nearby beach. The scent of baking break, pies, and little sweetcakes filled the cool air.

The next sunrise brought a beautiful Thursday morning. Once their Indian guests had arrived, the Pilgrims prayed in thanks to God. All began to eat, partaking of turkey, venison, clam broth, turnips, corn, and many other foods, including a delicacy the Indians introduced to the settlement that morning - popcorn!

The builds were put up by Lora Chadbourne, whom wished visitors, "Happy Thanksgiving!  Lora Chadbourne has created the authentic Mayflower and Plymouth village for you to enjoy!"