On November 1, noted Second Life artist Bryn Oh announced her work "The Singularity of Kumiko" would soon be taken down. 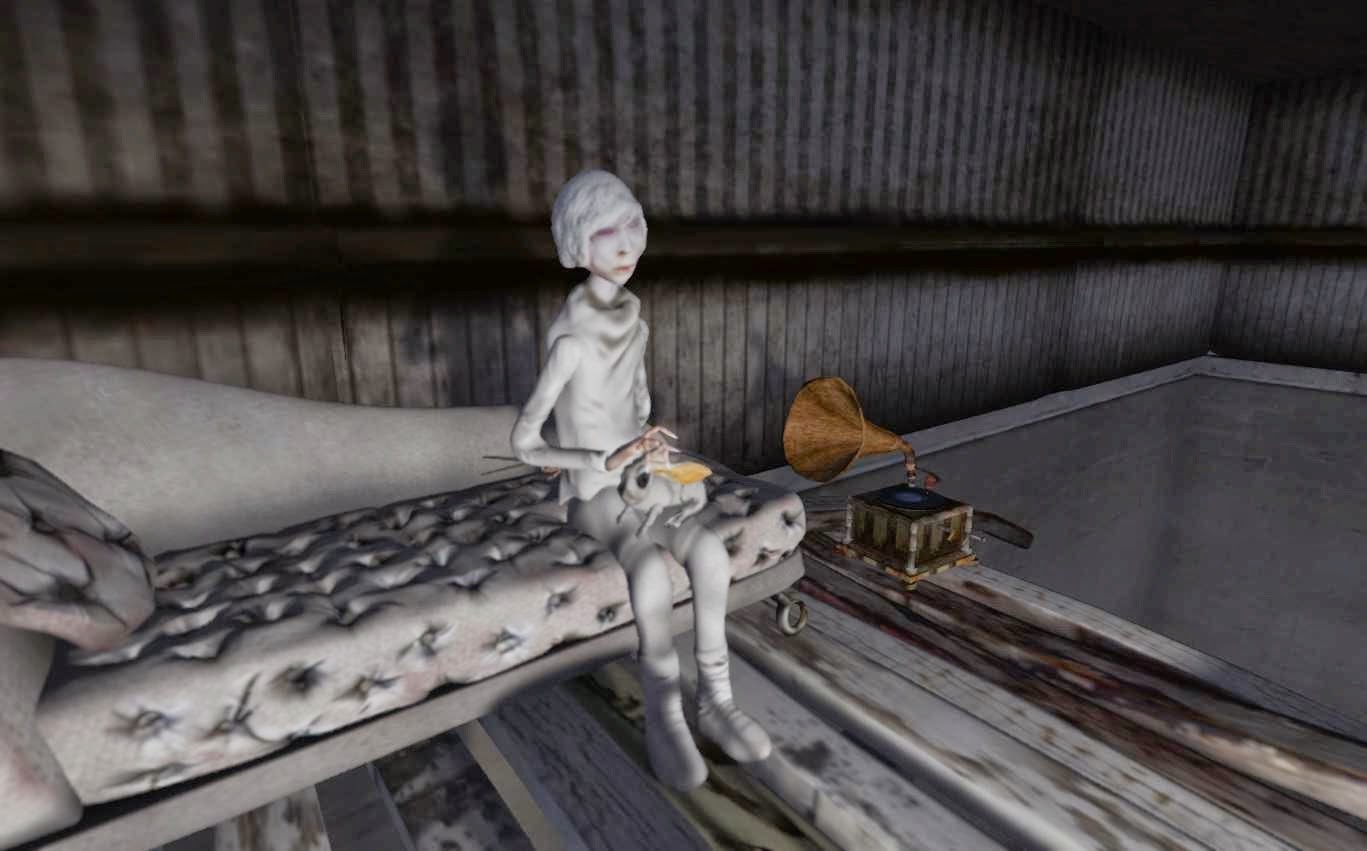 It is time to delete the Singularity of Kumiko exhibit sadly, but it shall remain open for a few weeks at least as I capture some machinima footage of it in case I ever get around to making a movie. ... It has been quite a success with close to 40,000 visitors since it opened and having been recently shown at the Art & Algorithms digital festival in Titusville, Florida.

In her blog post, Bryn Oh describes running into Torley Linden, and suggested to him adding a perk for Premium members, saving a copy of a region "so that builders could click a button and bring back previous works easily. ... What it would do is allow for artists to bring back their catalogue of work easily, which would be a boon for Linden Lab as it means high quality content for their user base need not be so sporadic."

"Singularity" was opened to the public in February. Like many of Bryn Oh's exhibitions, it tells a story through three-dimensional artwork. Her style is somewhat dark and foreboding, but that doesn't necessarily mean an ending other than a happy one. "Singularity" tells the story of a girl following an automobile accident in a world where mankind has attempted to compensate for losses in his environment with the use of technology. The exhibition tells the story of what she experiences through the scenes and her messages.

Following the close of "Singularity," Bryn Oh says she will work on a new exhibition which currenrly has the working title "Lobby Camera." She is still in the process of writing and designing it, and she says it's opening will be at least a few months after Singularity's end.