Tales From Podex: When Feathers Fly 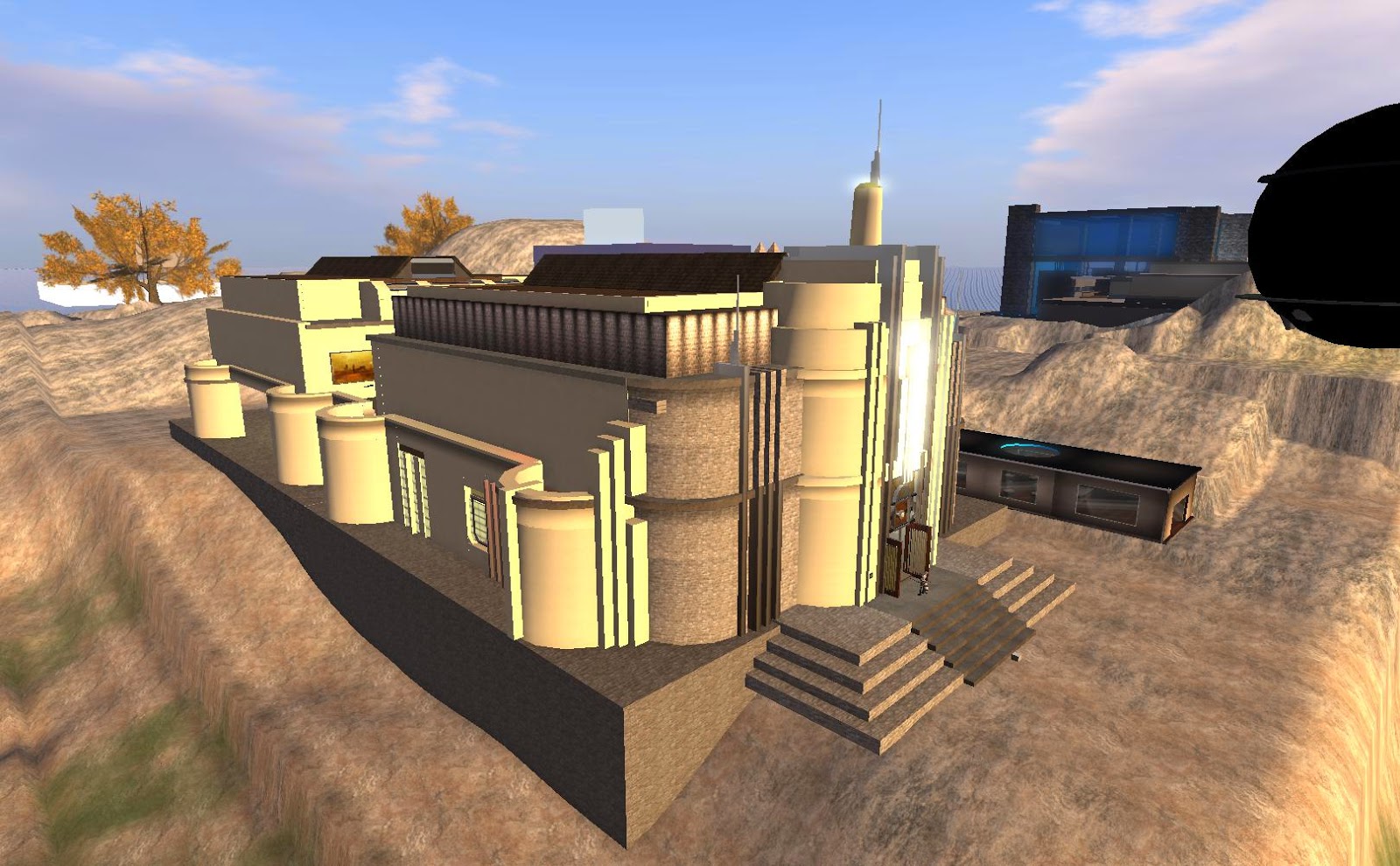 The workers at the Podex Exchange were going about this day in late November. They talked some about the Veterans Day activities earlier that month. They talked a little about upcoming Winter activities that would soon arrive across the Grid. But more immediate were Thanksgiving activities. Some of the tellers expressed they seemed hard to find, although there was a replica of the Mayflower that had been built.

During the talk, a figure approached the bank entrance. A teller glanced his way before turning to the others, “Looks like someone from a Thanksgiving party is stopping by for a little business.” They took care of some paperwork as the resident entered, then one turned his way, “Hello, how can we hel-” his words were cut short when he recognized the visitor.

The resident was wearing an American Indian costume. Not an authentic one, but one that looked like it was made for a low-budget movie. the most prominent feature were the feathers worn in places around the arms and legs, as well as a single feather on a headband, with the largest piece being a bow and quiver. The guy wearing it was instantly recognizable, “Clumsy Cooper,” the petty thief whom kept trying to rob the Podex exchange. But his attempts had never succeeded, sometimes failing epically. 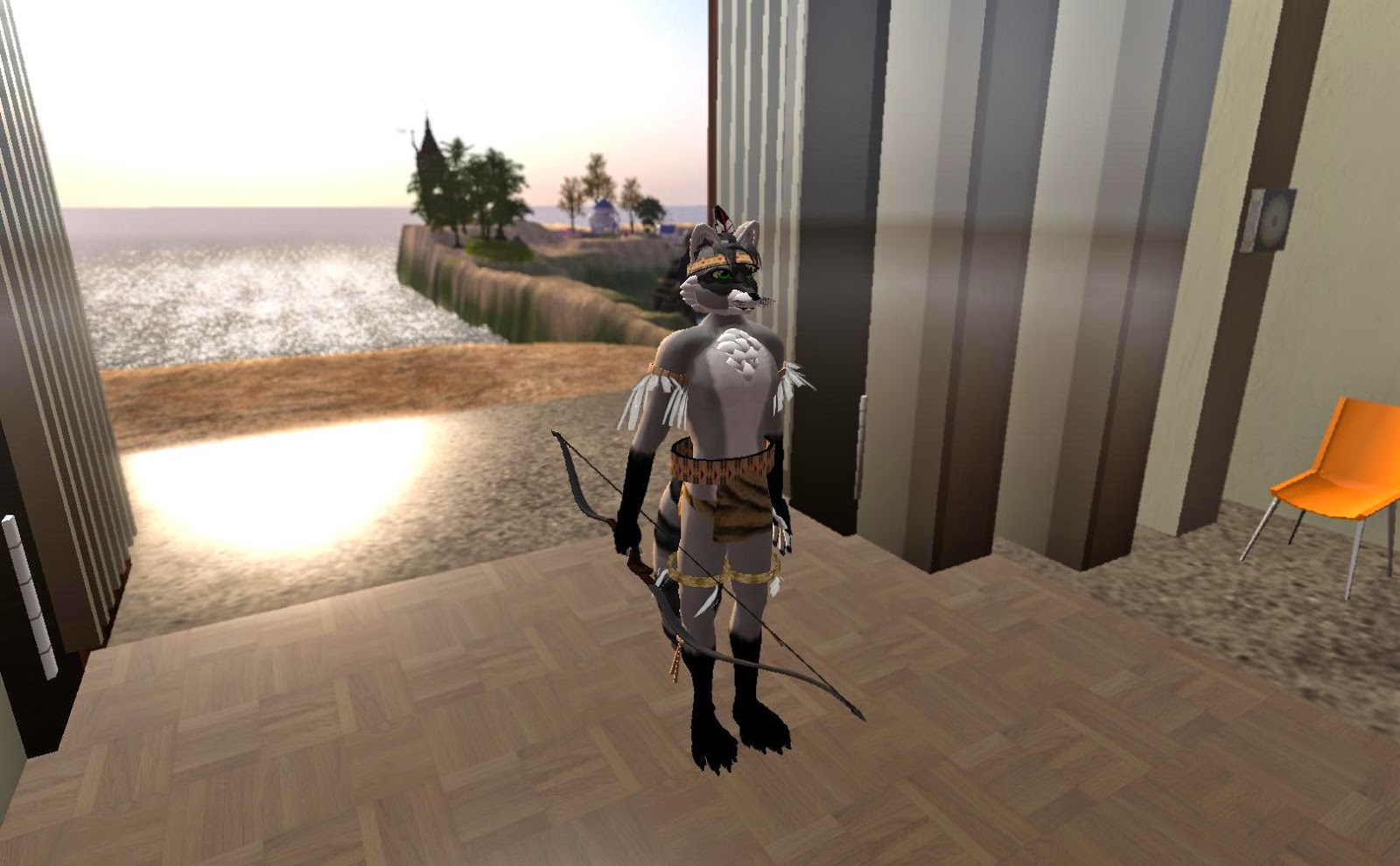 “I bring greetings from Procyon Tribe,” Clumsy bluffed, talking like a movie character, “Here for terms of Treaty. Your Chief Shuftan get Coda land in exchange for fifty thousand Lindens every autumn at the time of the turkey. Will take now.”

The tellers looked at him, then chuckled. One joked, “Procyon Tribe had weak claim on land. Deal to trade for Lindens never made. Deal made to trade for two skins.” He then reached under his table, and tossed a couple moth-eaten rabbit pelts in Clumsy’s direction.

It was then Clumsy dropped his fake Indian act, “Okay, this is a stick-up!" He then drew his bow and arrow, "Hand over your Lindens!”

The tellers stared back, and one retorted, “Oh pul-lease. I’ve seen real Indians, or rather Native Americans, and I’ve seen real bows and arrows. That thing’s a cheap imitation from a freebie store that couldn’t scratch a target.”

“Oh yeah?!” Clumsy then pulled back on the string, aiming at a piece of equipment. But the result was a “crick” sound, followed by the bow breaking in two. Surprised, Clumsy let it drop to the ground. For a moment, no one spoke a word. Then one teller yelled, “Get ‘im!”

Clumsy's response was to turn tail and run out of the bank, and keep running. He looked around for a place to hide. He saw a huge dark building nearby and ran to that. Getting close, he was wondering if he'd have to swim across a moat, but a metal gangplank extended out to an outcrop of black iron on the other side. Clumsy ran up, crossed in, and ran inside, thinking only that this would be a place to hide. 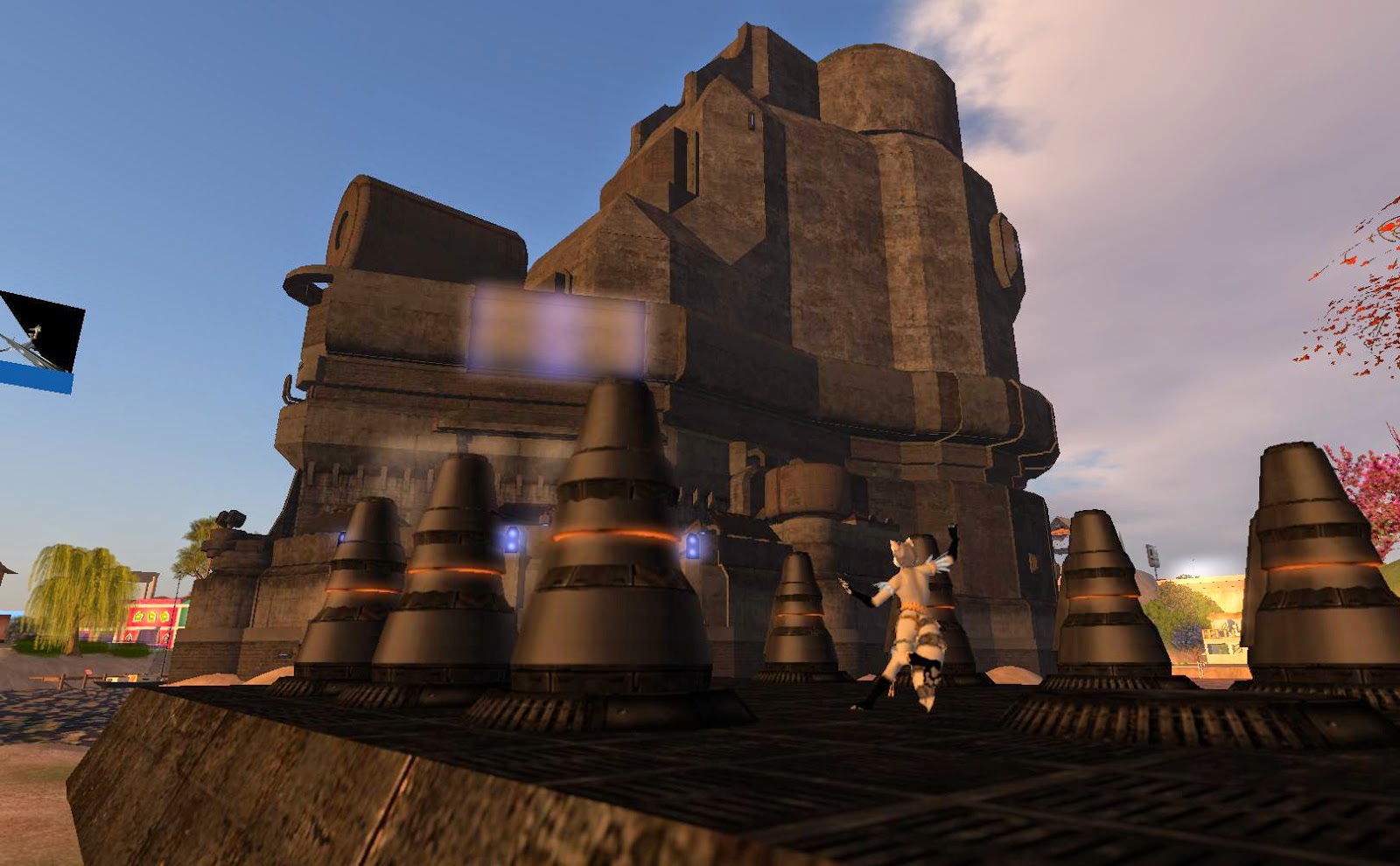 Once in, Clumsy found himself in some kind of dark iron structure, the smell of Industrial grease and fuels around. He was still getting his bearings when the door shut behind him, leaving only minimal light.

"Identify yourself, visitor," a voice boomed out from the loudspeaker.

"Um," Clumsy began to regret his choice of a hiding place, "just a passerby going through."

"I think not. You were seen running from the Podex Exchange. Are you not this 'Clumsy Cooper' whom has been attempting to rob the place?"

"Wh-what makes you think that?" Clumsy was getting nervous.

The response was an evil chuckle that made the burglar's blood chill, "I would say it's plainly obvious. But do not worry. There will be no call to the police. I have use for a 'liberator of assets' as yourself."

A door leading to deeper inside slowly open, "Come and more will be explained. Succeed, and perhaps you will have learned enough to successfully burgle your adversary.  Fail, and you will live only just long enough to wish you had fallen into the hands of the authorities."

Clumsy gulped, then hesitated, feeling he'd gotten way over his head. But with the door to the outside locked, there was nothing else to do but follow the lead of his mysterious host. So he nervously walked forward, wondering how he was going to get out of this one.

Back at the Podex Exchange, the Second Life Police Department was called, and they did an investigation. Not finding Clumsy Cooper, they issued a warrant for his arrest for attempted griefing.

But even if Cooper's scheme had worked, there was no way he could have gotten away with any ill-gotten gains. “All our exchanges are done through electronic transfer,” a teller later explained to the SLPD, “He wouldn’t have walked away with a single Linden.”