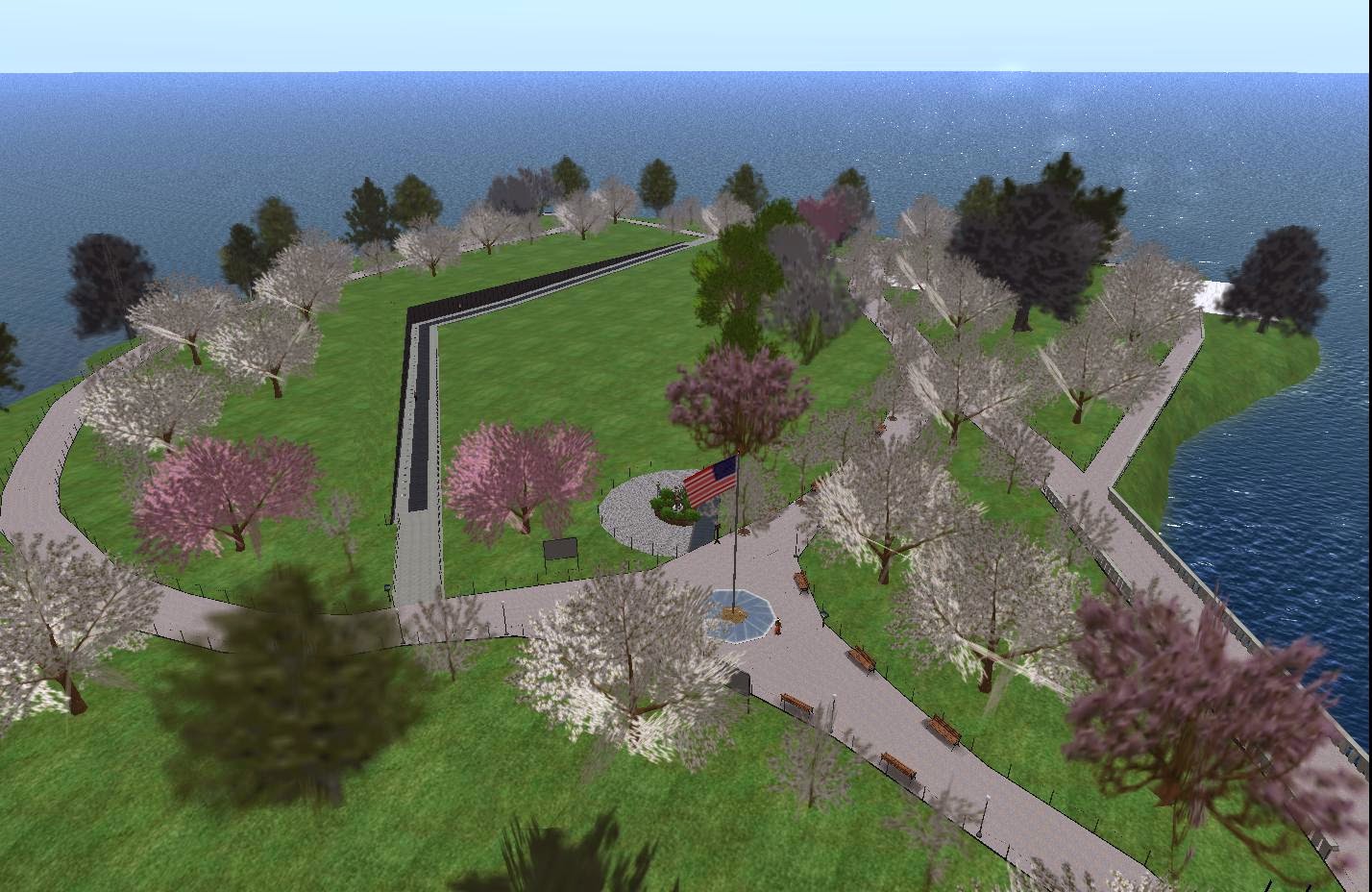 In November 2007, A virtual replica of the Vietnam Veterans Menorial went up in Second Life. Constructed at the sim appropriately titled "The Wall," it listed the names of all 58,000+ American soldiers whom lost their lives in the conflict. The memorial would stand until sometime in 2011 when it vanished from the Grid without so much as an announcement. 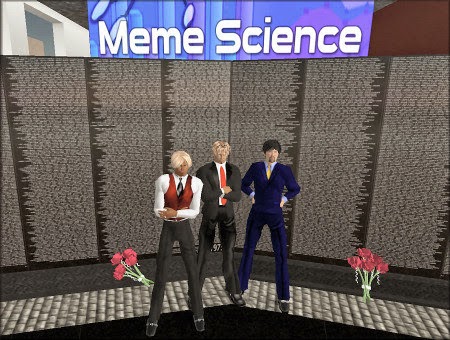 Recently Second Life Newser was contacted by Evian Argus (the figure on the right in the image to the left), one of the designers of the memorial. He told me that the sim it was on had a financial sponsor, "Long story who funded it. I was surprised to find it was taken down, and sad. ... Still bothered by it. ... I have done a lot in life. The Wall was my proudest thing I was involved in."

Evian told me he was interested in bringing back The Wall, saying he needed to get in touch with Bleys Chevalier. Anyone interested in helping out or asking about his progress is free to message him inworld.

Others involved in building The Wall were Corwin Chevalier, the other designer, and  Melini Fairymeadow, who did the Three Servicemen Statue that was near the memorial.