Tales From Podex: Trick or Treat 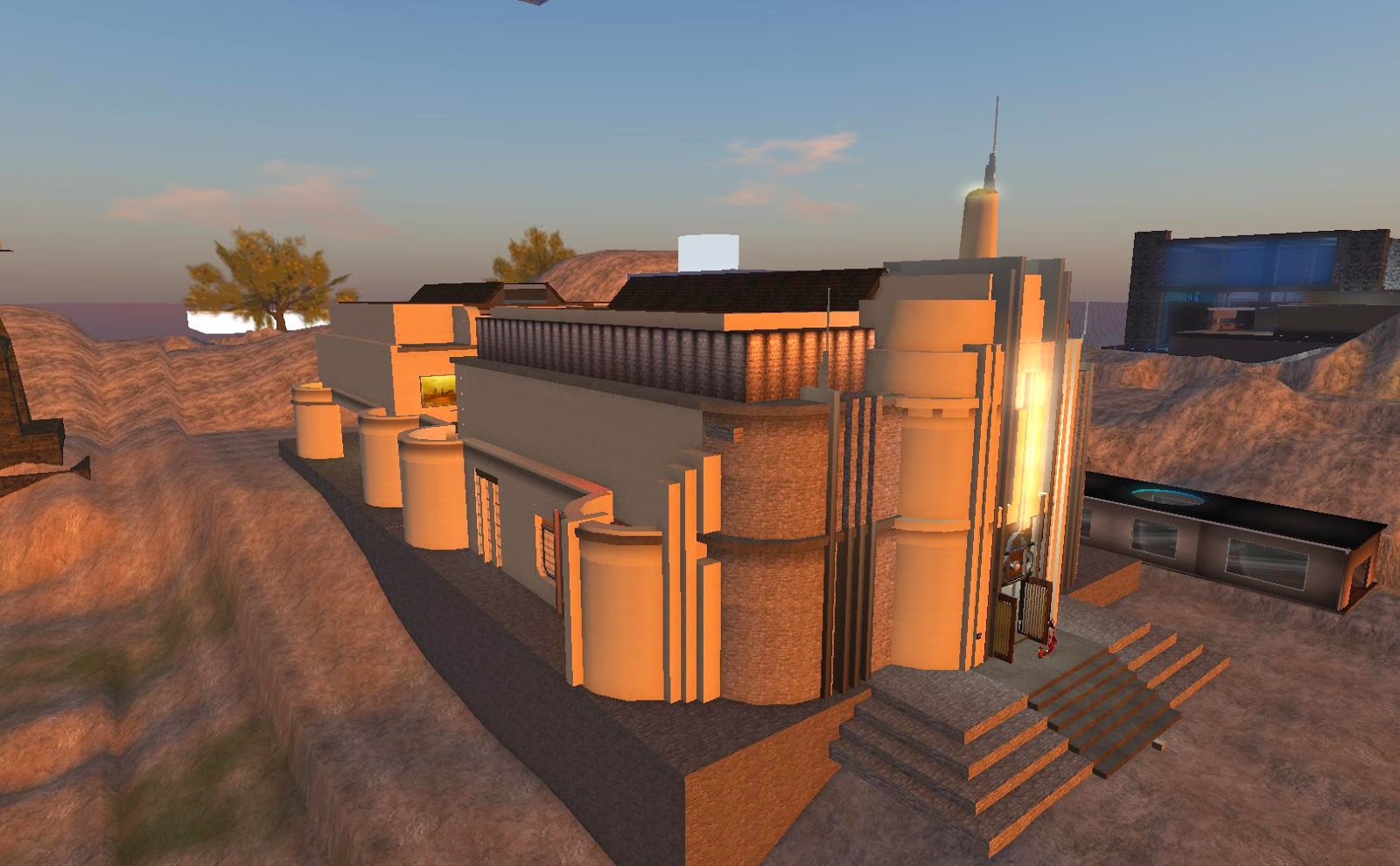 It was Halloween day at the Podex Exchange. October had been a rather active month, with events such as the Burn2 festival taking place, in addition to many Halloween parties and haunted houses. Longtime residents came to get Lindens to buy costumes, and the events attracted some newcomers to the Grid, and needing cash they would come here for reasons related to this months events, and others. And of course between customers coming in, the tellers would talk about their own trips to these places. One had also gone to Luskwood's birthday celebrations. He'd thought he'd stand out like a sore thumb, but as it turned out he was welcomed.

During a break in their talking, their attention was drawn to the door. They saw not one visitor, but two. One was noticeably much smaller than the other. He was wearing a small white sheet over his head, and had a bag in his hand. 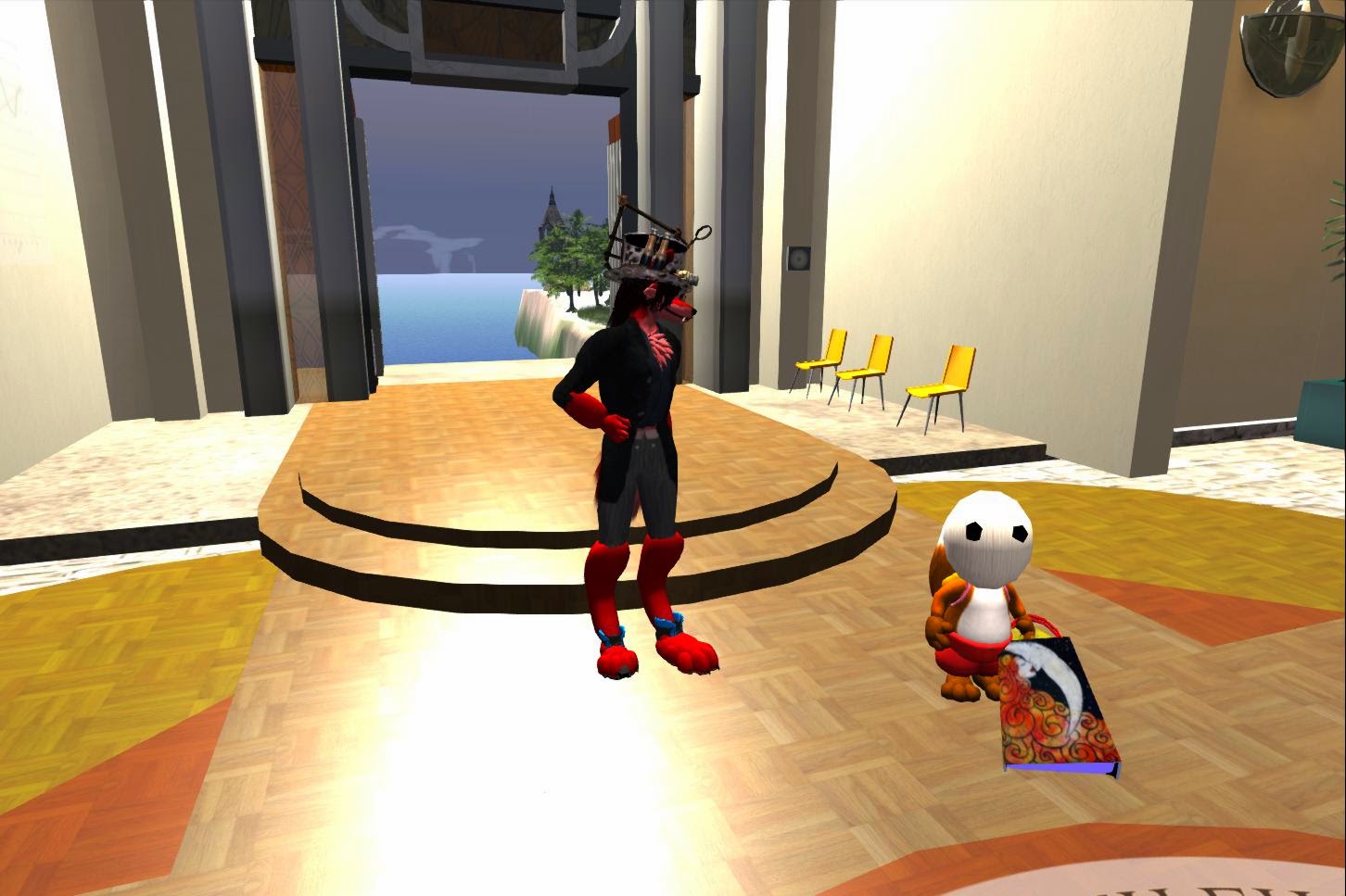 "Trick or treat!" the smaller visitor greeted the tellers.

The tellers saw this and chuckled, "Happy Halloween," they greeted back.

"Not a problem Sir," one teller told him, "we're prepared for any eventuality," and he held out some lollipops.

"Weeee!" The youth went over to collect his prize.

The older visitor looked around, "Mebe as long as ahum heah, I should git me some more'o them thar Lindens." 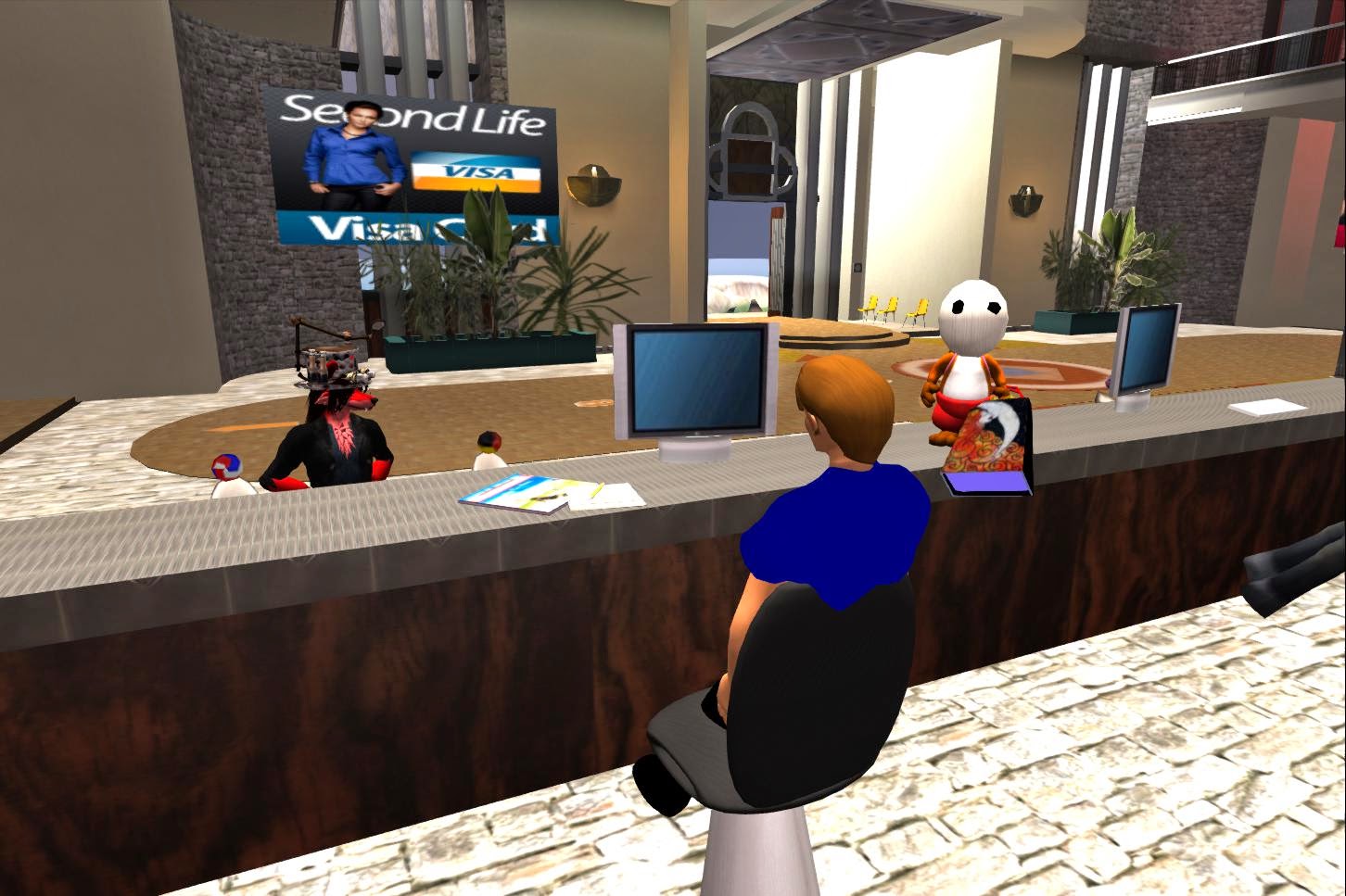 "Certainly Sir," the teller told him, "We sell Linden dollars for a variety of international currencies."

Certainly Sir, just sign these forms and you'll be all set."

It didn't take long for the paperwork to be long, and the cash was exchanged.

"Thanks fellers," the customer told them, "Ah guess we'll be on our way, hyuk."

"Certainly Sir, hope you both have a Happy Halloween."

"We will!" the younger visitor told them, "My neighbor's told me this place had a lot of 'spirit,' so I came trick or treating as a ghost."

They all had a good chuckle, and the visitors went on their way.


Note: The preceding is a fictional story, written for the dual purpose of advertisement and entertainment.
Posted by Bixyl Shuftan at 6:01 AM