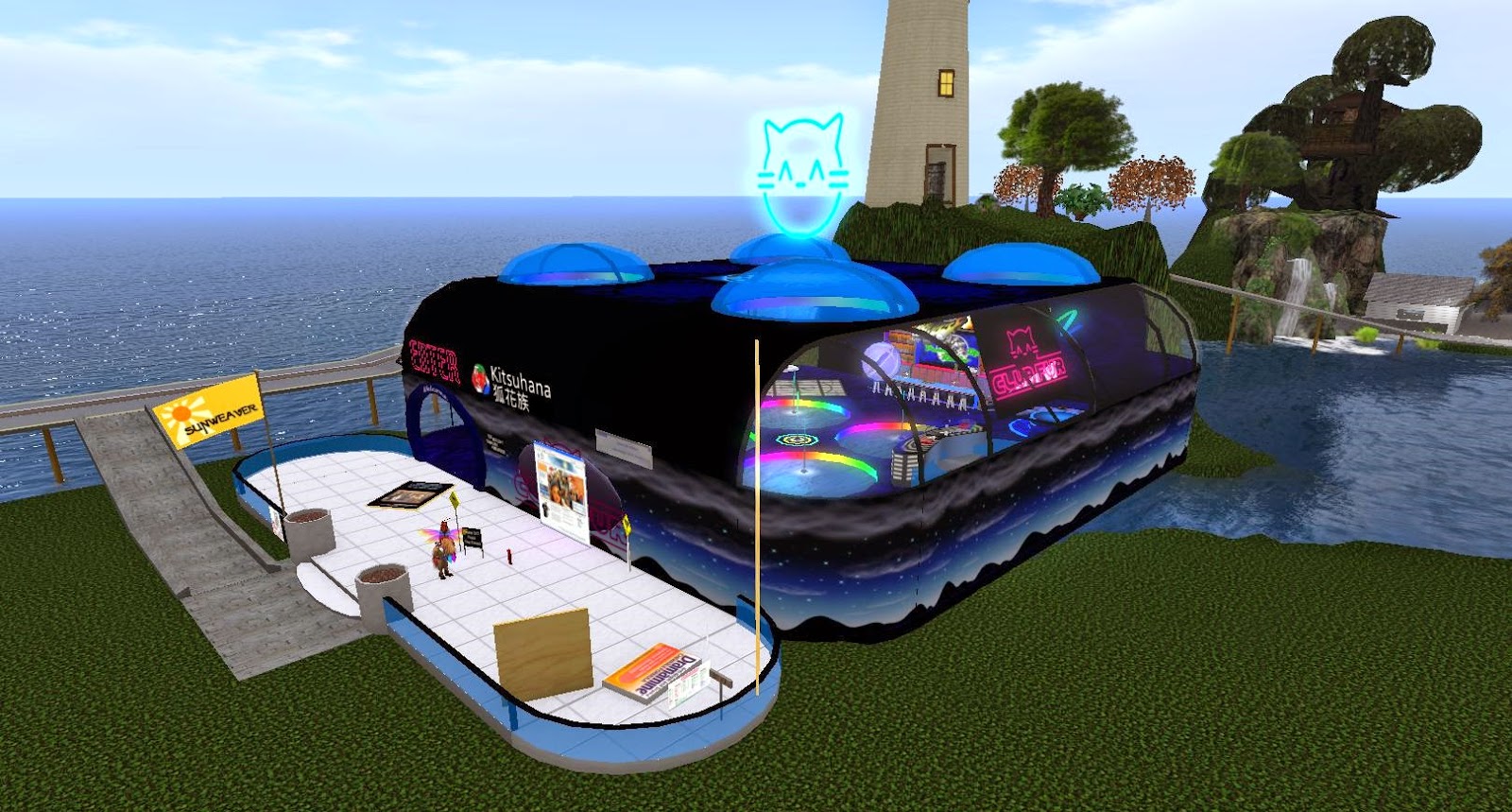 Last weekend, Alynna Trypnotk (Alynna Vixen) moved back to the Sunweaver Estates from the Furnation region, bringing Club Fur with her, "I an' my family moved to Sunweaver Bay." So why move the club, "Theres pretty much no way to explain what happened to Club Fur without drama-raking, but I'll summarize it as 'Furnation didn't want it anymore.' " She also mentioned some of the DJs disliked all the neon and color in the club. 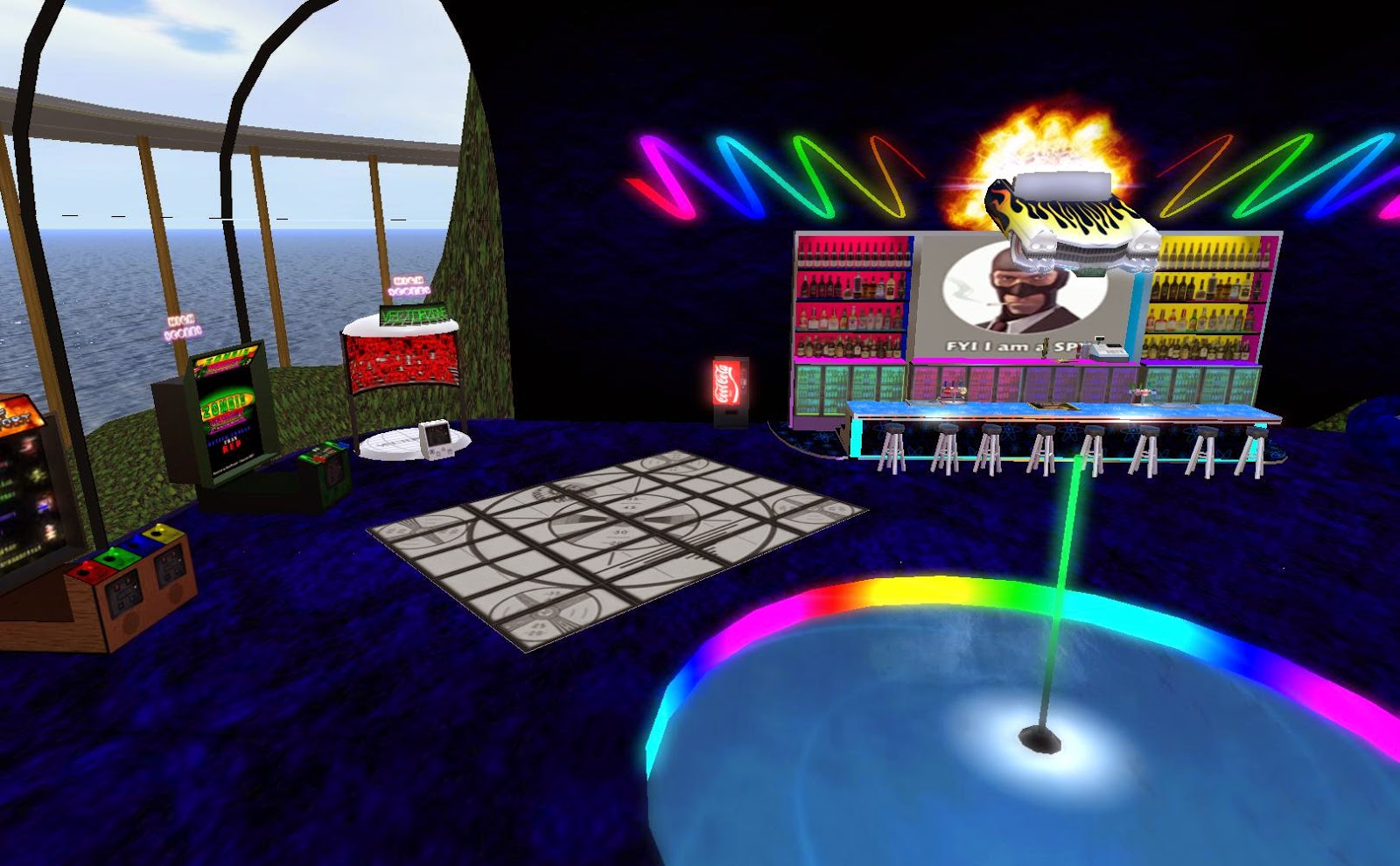 To those who don't know, Club Fur is Second Life's oldest furry club, built in 2004. It very well could be Second Life's oldest club of any genre. It's wiki page describes an interesting history, supposedly escaping deletion by two minutes once. Alynna was handed the club in 2009, and wanted to make the historic build active again. It was reopened for events in 2010, In 2013, it was moved back to Furnation Prime following the sim's reopening, where it remained until last weekend.

Alynna has yet to schedule events at the club, but there are a few arcade games visitors can play. One can get to the club from the Newser office by walking the road going west and then south, or taking the tram.