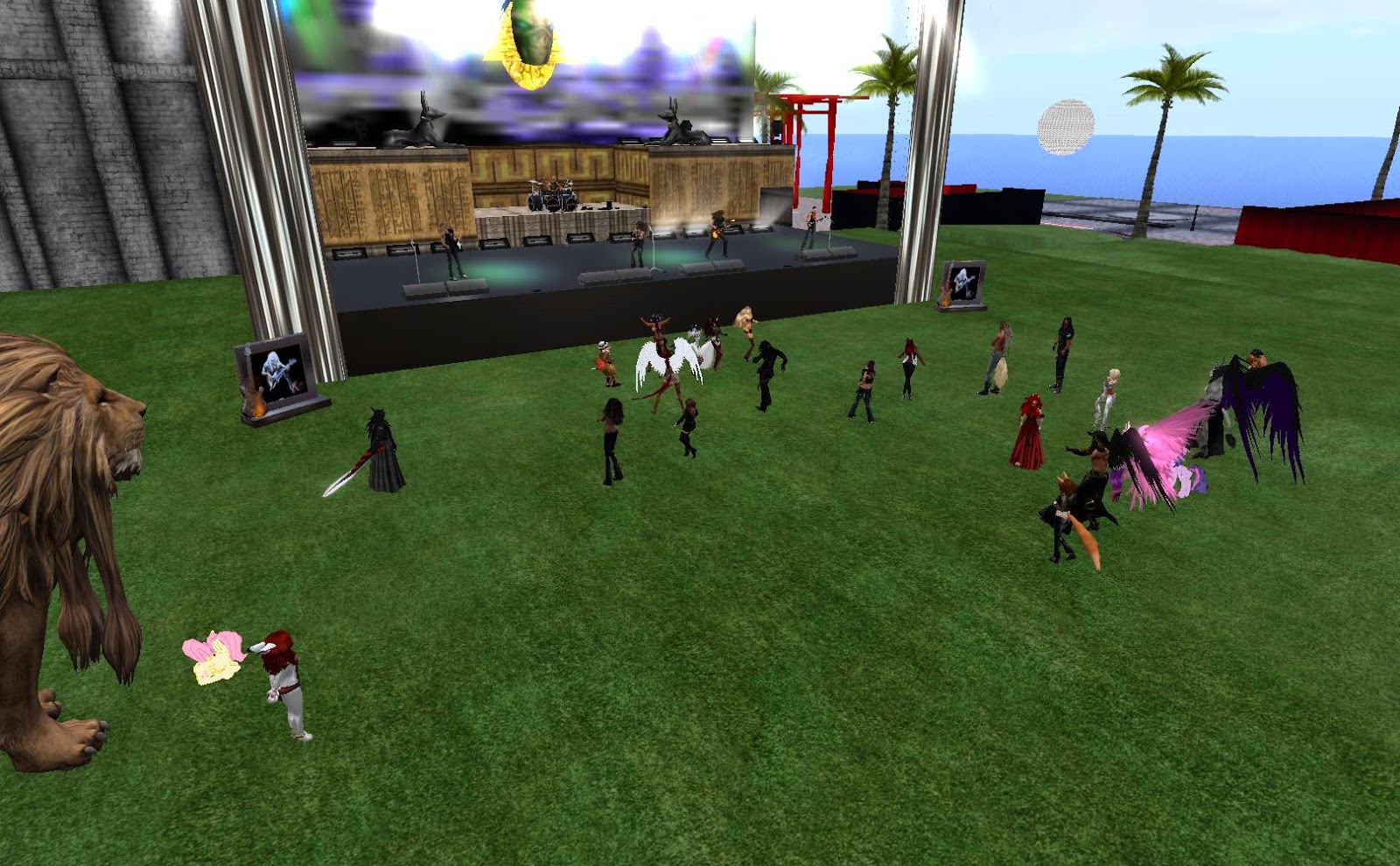 Sunday November 16 had an Iron Maiden tribute concert in Second Life. The event took place just outside the Primal Passions club at 12 Noon SL time in the Zoxen sim. The performance was done by Rockshoppe Concerts. 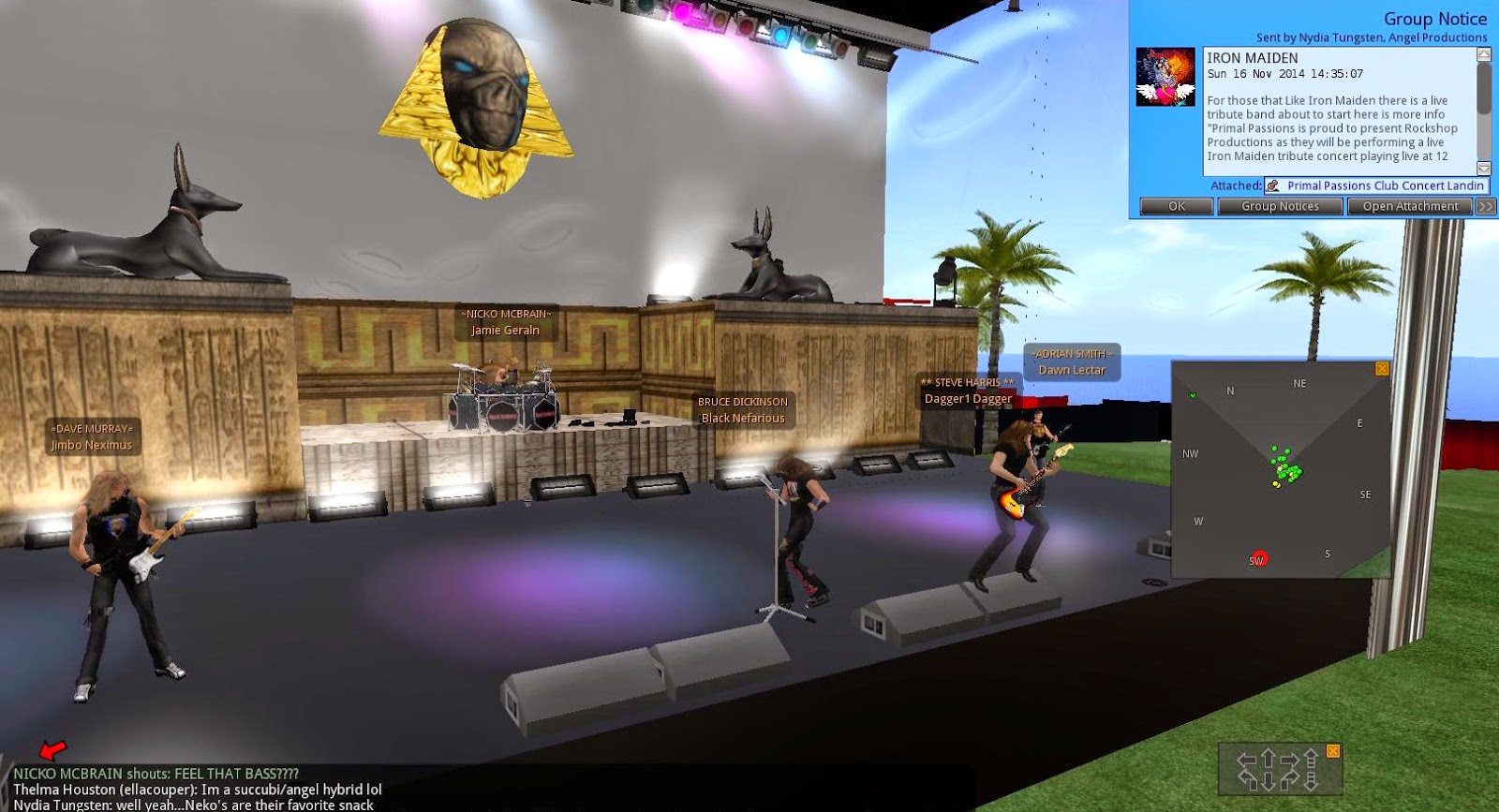 For those that Like Iron Maiden there is a live tribute band about to start ... "Primal Passions is proud to present Rockshop Productions as they will be performing a live Iron Maiden tribute concert playing live at 12 Noon SLT and you are invited to join us live as it happens. But there's so much more waiting for you once the concert's over. Afterwards, join us in the club for a little downtime and indulge in pleasures that you have yet to experience..." The question is, do you accept? 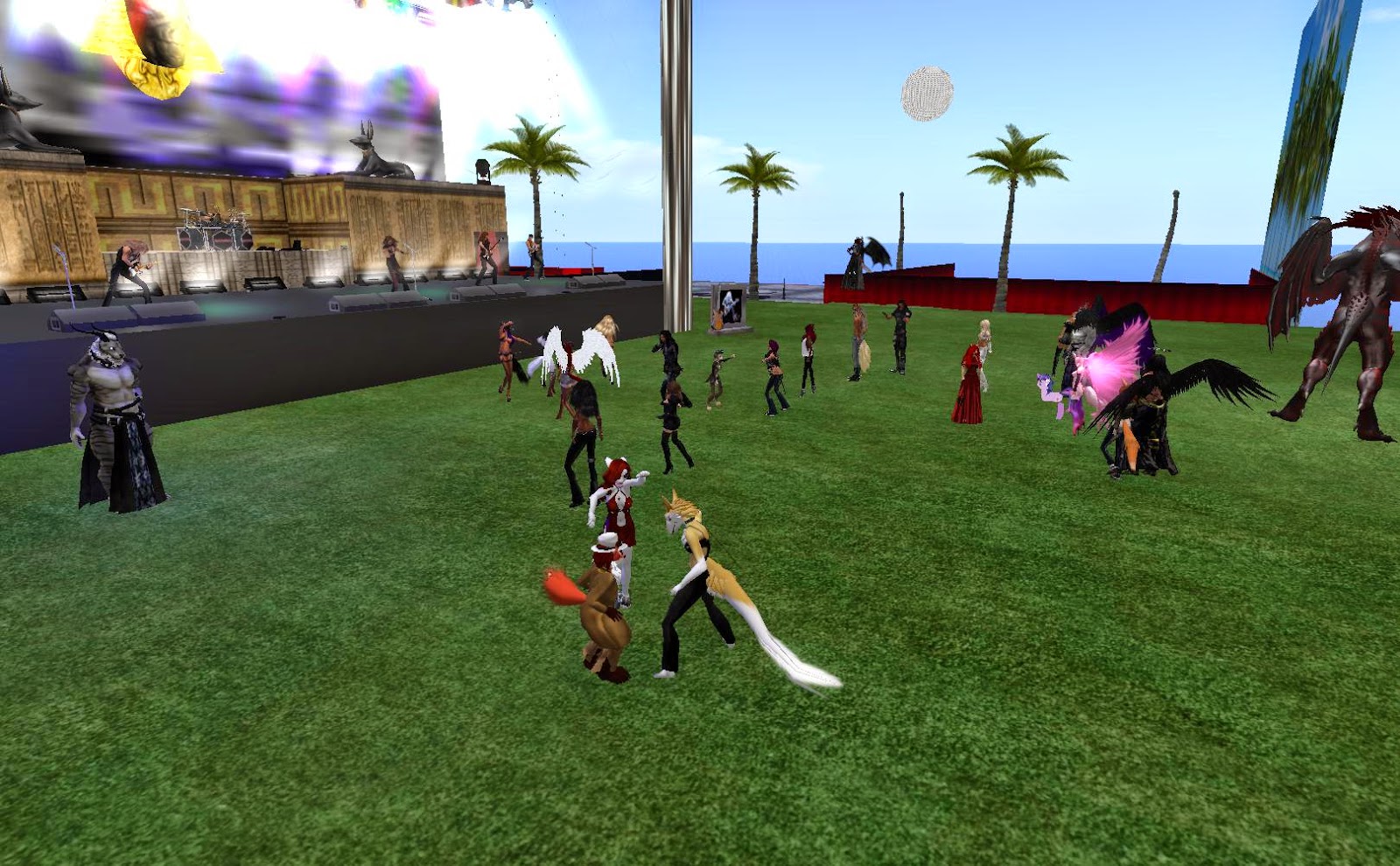 Jimbo Neximus, Jamie Geraln, Black Nefarious, Dagger1 Dagger, and Dawn Lectar performed for the crowd as they danced to the tunes. There was quite a mix of avatars over, from furs to nekos, to normal human, and being a heavy metal concert a few avatars that looked a bit more sinister. A few joked that hopefully the latter were in a good mood or someone might end up lunch.

Thanks to the band's performance, they were, and no one did. It was a fun event for all.