Man of the Year: Ajit Pai


There was no shortage of people in Second Life whom did amazing things. As they do every year, the men and women of the Relay for Life continued to raise money for the American Cancer Society. There were also other charities, such as Homes Fro Our Troops and the various people whom raised money for hurricaine relief. With the Bento update made part of the Grid late last year, many designers made many things with it. The Steelhead Community found a new home thanks to Fuzzball Ortega. The Tombstone Community came together to give Breezes Babii, a former writer and friend of the Newser, whom had passed away from a long illness the memorial service she couldn't have in real life.

Not everything that got the attention of residents happened inworld. One was the development and release of Sansar, Linden Lab's next generation virtual world. The subject of no shortage of speculation while it was closed to the public, once opened the residents of Second Life found the place mediochre, pretty to look at but not offering much to keep their attention. So while it may have more importance in the future, Sansar's impact on Second Life this year has been low. 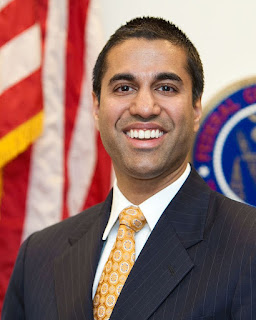 To get on Second Life, one needs the Internet. And to enjoy it, one needs a reliable and fast Internet connection. If something could potentially compromise the reliability and speed, make it more expensive, or both, that would not be good to residents involved. Net Neutrality, both protected by Federal laws passed a couple years ago and earlier protections, has helped ensure a number of Second Life users could access the virtual world whom otherwise could find themselves having to pay much more to be here or having to spend much less time here, or possibly find their access cut off. Earlier this year, Ajit Pai, the Chairman of the FCC, proposed a plan that would scrap these laws put in place. And this month, the FCC voted to approve the plan and end the protections. While the attorney generals of a number of states are suing or planning to to keep the laws in place, and Congress is working on a plan that would restore most of these protections, these are not sure things. And until they succeed, in the meantime some of us could find ourselves not able to enjoy this virtual world as much as we used to, and possibly for an unlucky few not able to enjoy it at all. Philip Rosedale, the founder of Linden Lab, feared the conesquences for Second Life would be "especially negative," fearing some ISPs would start charging heavily.


So due to the potential consequences, Ajit Pai is made the Newser's "Man of the Year." This is the first time we have done so for someone outside of Second Life, and for having a negative impact.

Agree or disagree with this choice of "Man of the Year?" Feel free to make comments below.

Image Source: Wikipedia
Posted by Bixyl Shuftan at 6:02 AM