2017 Person of the Year Runners Up: Barbie Alchemi and Fran Serenade 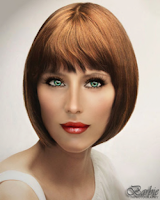 The Newser's choice of Man of the Year for 2017 as Ajit Pai, as expected, did not sit well with everyone. Several people talked to me or otherwise left messages, saying either our concerns on the issue of Net Neutrality were misplaced, or that the title should have gone to someone who made a difference for the better. But Time Magazine's Man of the Year annual magazine, which was the inspiration for our annual article, does not always chose a force for good, just the person, persons, or object that has done the most to influence events, for good or ill.

Still, there were plenty of movers and shakers in Second Life that made an impact. And so we can chose someone for runner up. It was not an easy choice, but we have picked two. 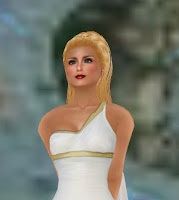 Barbie Alchemi and Fran Serenade are the women behind Creations for Parkinsons. While Barbie is the owner and leader of the sims and the groups involved, Fran is the inspiration for them. Having been earlier aflicted with Parkinson's, her time here has been atributed to not only halting the progress of the illness, but reversing it.

This year, they were mentioned in the Newser a number of times, such as when a 90th birthday party for Fran was held inworld, and they held their Gotham Island Hallowen fundraiser for money for Parkinson's research. And earlier articles and videos, notably Draxtor Despress' video of them, continue to draw attention to both them and the virtual world of Second Life. In the case of the latter, it offers people a view of the virtual world that's world's apart from the tabliodish depiction the public has often gotten.

So for their continued work for charity, for their continuing to be an inspiration for others in Second Life and showing people unfamiliar with the virtual world the good it can do, the Newser names Barbie Alchemi and Fran Serenade as it's runners up for Person of the Year.