Scenes From The "Snowball Showdown" 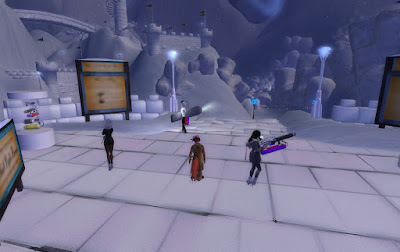 On Friday November 15, the "Snowball Showdown" took place at the Snowball Fight Arena. From 11AM to 1PM that day, the snowballs flew at the area designed for friendly melees in the Winter Wonderland location. The area was accessible from the Portal Park sim. Once at the arena, there was a board describing the two or three weapons available, depending on whether one had a regular or premium account. For regular accounts, the riffles offered rapid fire, but the pistols fired rounds that would toss someone in the air. One would click on the display of weapons to pick up the snow gun HUD. 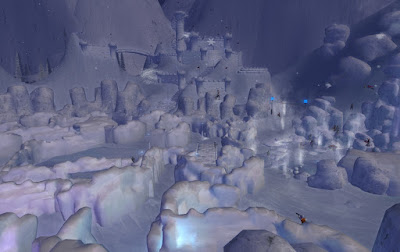 I arrived a bit late, so didn't see any Lindens. But there were still a number of residents pelting one another in the arena, with plenty of places to sneak around, or fire from above. 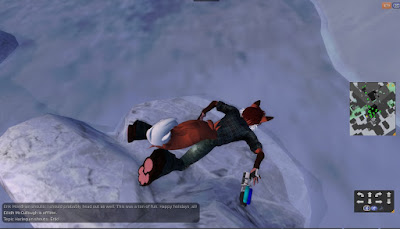 Another Luskwood Fox whom just landed after being launched in the air. For those who missed the melee, don't worry. Last winter there was a second Snowball Snowdown a few months into the year.