No, the Internet isn't dead. But things will almost certainly be getting more difficult and complicated for many of us. 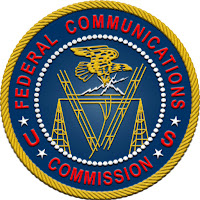 Yesterday on December 14, in a 3-2 decision, the Federal Communications Commission voted to repeal the rules it passed to enforce Net Neutrality.  Outside, the building, protestors called on the Commission to maintain the rules, and the proceedings were briefly interrupted by a bomb threat. The vote came despite calls to maintain the rules by Congressmen and women of both political parties, tech companies and other businesses, and thousands of individuals. Jessica Rosenworcel (D), one of the two dissenting votes, called the decision a “rash decision ... on the wrong side of history, the wrong side of the law, and the wrong side of the American public. ... This is not good ... Not good for consumers. Not good for businesses. Not good for anyone who connects and creates online.”

So what happens next? The attorney generals of several states have indicated they will or will likely sue to the FCC to reverse it's decision. It's probably the number will grow as nineteen state attorney generals appealed to the FCC to delay it's Net Neutrality ruling due to the huge numbers of online requests to repeal it being made with stolen identities. In the meantime, the FCC will be making final adjustments to the new rules, or the absence of, which will likely take a few weeks, and will take a few months to be official after being filed on the Federal register. After that, while Internet Service Providers will be free to throttle Internet access to all but favored customers, slow down or block access to websites and services of rival companies, or impose limits on broadband use that would result in huge fees or disconnection of exceeded. "The Verge" suggested for most customers, rather than obvious restrictions, they will see more subtle moves by ISPs to get a little more money from them, "that may initially sound good. But in the long run, they disadvantage upstarts that don’t have the money to pay up. ... we may not know what products and services we missed out on because they never made it through the mess." Philp Rosedale, the founder of Linden Lab, was more worried that ISPs would be fairly likely to impose limits on broadband use.

It's possible Congress may pass laws of it's own to restore Net Neutrality protections. Wired reported that, "Senator John Thune (R-South Dakota) recently called for Congress to pass bipartisan net neutrality legislation. In 2015, Thune and Representative Fred Upton (R-Michigan) introduced a bill that would have banned blocking or slowing legal content, but limited the FCC's authority over internet service providers." While neither efforts got much of anywhere at the time, after the FCC's decision, there may be more of a sense of urgency, as well as a desire to calm down the voters whom emailed them about the issue.

So what does Ajit Pai, the Chairman of the FCC who wrote the proposal to dismantle Net neutrality think of the criticism? He responded to it with this video. a semi-subtle slam at the critics in which he grins at the audience while telling them of "7 Things You Can Still Do On The Internet After Net Neutrality." It's notable in the "Game of Thrones" clip the dragon flies right over Pai, and in the "Star Wars" reference he wears a dark outfit while wielding a lightsaber. Pai would almost certainly know that opens himself up to people doing videos of the dragon catching and eating him or Star Wars parodies of him being the new Dark Lord of the Sith. Maybe he thinks it's funny, feels it gives his critics something to hate besides the overturning of Net Neutrality protections, or both.

Hopefully the protections Net Neutrality once had will be restored soon.