"Bernie Mittens" At The Relay 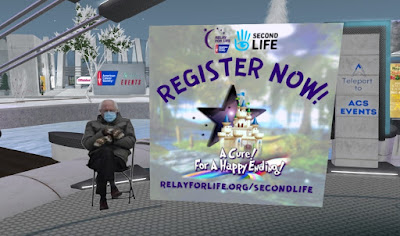 One of the latest memes to take the Internet by storm is that of a picture of Senator Bernie Sanders at the Presidential Inauguration a few days ago bundled up and wearing a pair of handmade mittens. They've been both a success for the Vermont woman who made them, and others have made a lot of use of them. For the Relay for Life in Second Life, Trader Whiplash and Stingray Raymaker have had a little fun with the meme as well, showing pictures of the bundled Bernie as a Relay supporter. 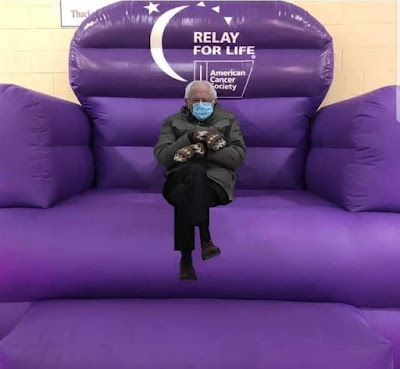 Bernie Sanders is a rare character in politics. In an era in which those on one party usually treated as vermin by supporters of the other, the Vermont Senator gets respect not just from other Democrats, but also Republicans as well. And of course the Relay is something both liberals and conservatives, as well as progressives and populists, can get behind.