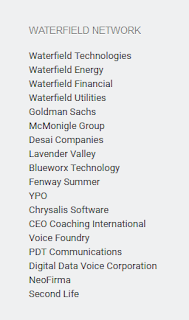 Another noteworthy development for the new year is that Linden Lab has new owners! As announced in mid-2020, an investment group led by Randy Waterfield and Brad Oberwager signed an agreement to acquire the company subject to regulatory approval by financial regulators in the U.S. related to Tilia Inc.’s status as a licensed money transmitter as well as other customary closing conditions. We are pleased to share that the regulatory review has been completed and Linden Lab is now under new ownership.

And what does this mean for Second Life and it's residents? For now, not much. It was earlier stated that the investors plans were to pretty much let Linden Lab continue to run Second Life as they see fit. In this latest announcement, they hinted the investors would be sending over some money.

While the owners may be new, things are “business as usual” in Second Life. Last year saw strong growth for our virtual world and, as a result of this acquisition we expect even more resources in 2021 to further improve and grow Second Life in the future.

Hamlet Au in New World Notes would have a few things to say on the topic. Among them, that over time Waterfield would likely send the Lab some directives over time to keep it's profit margin. This likely includes higher fees and more incentives to go Premium.