Cartoon of the Day: The Ultimate "Rule 63" 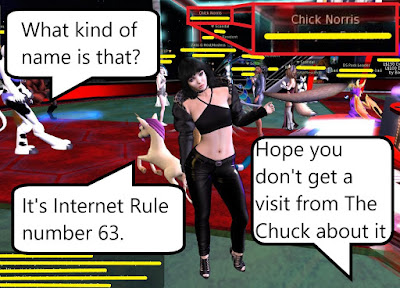 Taken at Club Zero Gravity. Probably the second most infamous of the "Rules of the Internet" is Rule 63, "for every given male character, there is a female version of that character, and vice versa." While no one might be truly immune, I can't help but wonder of most men would be too nervous about pulling it off on Chuck Norris, the martial artist whom in Internet memes beats up almost everyone but Superman and the "One Punch Man."