Scenes From The SLEA Celebration of The Arts 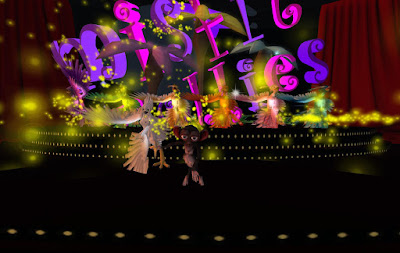 Saturday January 23 and Sunday January 24 was the First Annual International Celebration of the Arts in the Second Life Endowment of the Arts. Over the two days, there were a number of events. Among those on Thursday was the "Misfit Follies." 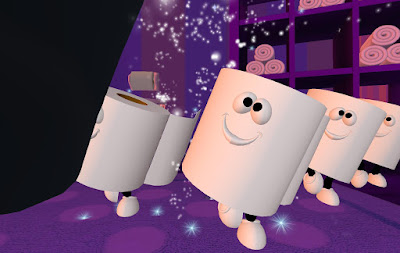 Sitting down in the seats, people in the audience got a HUD that helped them keep an eye on the show. Over the course of their set, the dancers appeared as anthro birds, to firey figures to dancing rolls of toilet paper on a stage made to look like a bathroom. 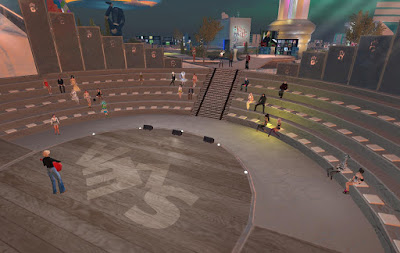 On Sunday January 24, among those performing that day was Chapman Zane. He was a "Live Folk/Americana/Appalachian" singer whom performed for the crowd.

Stay tuned for stories on SLEA exhibits, and further events.