Eye on the Blog: November Update

A little over a week ago, Linden Lab released their November Update. While talking some about imbox messaging when off the Grid, the blog entry was mainly about the new viewer: Viewer 3.2. They described it as offering a “customizable user interface for a more flexible workspace.” In it, the “Basic” and “Advanced” modes are gone. Instead, you have what is a single modifiable viewer, at least that’s what’s advertised. 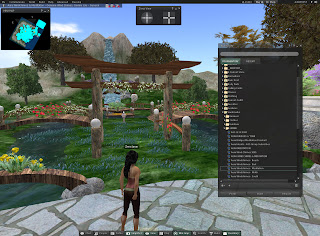 The new viewer was advertised as offering “drag and drop” buttons on the toolbar to change ordering, an option for one to three toolbars, and a choice of either icons or labels. “The new Viewer also makes it easy for new Residents to find the essential basic functions, as well as access more advanced functionality as they grow in Second Life.” The “new user functionality” included a “How to Window” for “step by step instructions for common tasks,” A Destinations button, An avatars button to chose from various appearances, an inventory button, and a shop button to take residents to Second Life Marketplace. “By merging the Basic and Advanced modes, users no longer need to switch between modes, which improves usability – and ultimately enhances the Second Life inworld experience.”

A number of people seem to be impressed with the changes. In the official forums, a number of people called it a real improvement, though not a perfect one. “I have to say that V3.2 finally fixed enough of the V2 problems to allow me to uninstall V 1.23.5. With the death of the mandatory sidebar and the reintroduction of a text entry field that moves with the nearby chat floater, I can manage to work around most of the other flaws in V3.2 ...” Not everyone was impressed though. One problem mentioned repeatedly, a slower frame rate than previous viewers.

Among those not satisfied were blogger Tateru Nino. Among the problems she cited were getting booted off Second Life “pretty much every single time a teleport fails,” having to shut off basic graphics settings, and when “Click-to-Move” was enabled, steering by mouse becomes reversed. She had forty people commenting on her posts. There were a few complements, but the majority had complaints. Among those, “Those are your only complaints ...? My God, (Viewer 2.3) is like built to hate users who do stuff other than walk around.”

Inara Pey also had a review of Viewer 3.2, as a developmental viewer release in late October. Her review was, “for all the positives around it in terms of customization and button placement and cleaner look, I have to say there is not enough here to entice me away from Firestorm. I’m happy to remain with that Viewer and see how the team adapt to, and adopt, this new interface.”

And yours truly can’t use it, as Viewer 2 and Viewer 3 won’t work on my computer.

Sources: Linden Blog, Linden forums, Dwell on It, Living in a Modem World