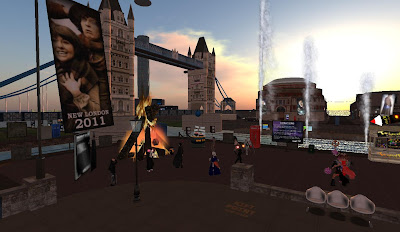 In the Tardis sim, there was a Guy Fawkes party, one that presumably started in early evening in Britian. But it was continuing at 6 SL time, when I came across it. There was a small plushie Guy Fawkes in front of the bonfire, and fireworks going off over London Bridge. 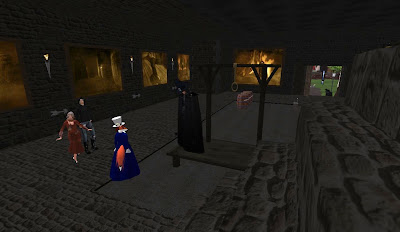 To the south, there was a Guy Fawkes exhibit, with displays showing how the Gunpowder plot was discovered, and Guy Fawkes tortured and then hung, "no reason for gunpowder treason." 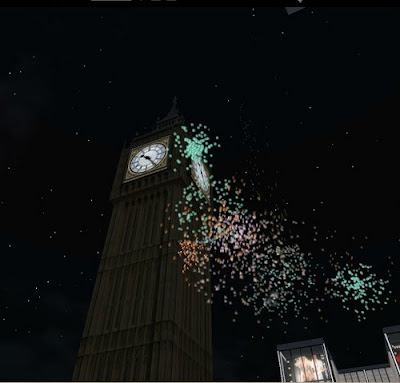 It wasn't just in Tardis that there was some fun that night. At Hyde Park in the London sims, there was a large celebration, filled with live music bands, and firework shows.

To those unfamiliar with the holiday, Guy Fawkes was in charge of guarding the gunpowder underneath the English Parliament in a plot to blow it up. The plot was discovered, and Guy Fawkes was caught, tortured, and later executed. Upon hearing of the foiled "Gunpowder Plot," people celebrated it's failure by lighting bonfires. Later on came further traditions, such as fireworks and Guy Fawkes in effugy (with or without fireworks). At one time children would go around collecting money to by materials for their Guy Fawkes dummy, asking for "A penny for the Guy."