Cartoon of the Day: A Werewolf's Dream? 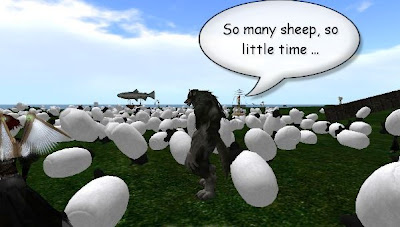 Taken at the teardown of the Steelhead's RFL build, one of the team dropped a flock of virtual sheep, and another Steelhead (not Fuzzball) "wolfed out" in response with a werewolf avatar. But not having a pounce animation, he just stood there, as if in shock of all that mutton suddenly appearing around him.

Guess the wool was pulled over his eyes. ;-)