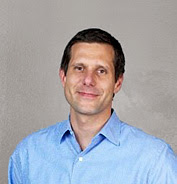 Both Hamlet Au and Tateru Nino are confirming that Linden Lab's Chief Financial Officer/Chief Operations Officer Bob Komin, known in Second Life as BK Linden, has left the company. Spokesman Peter Gray was quoted as saying "Bob Komin has moved on to pursue a new opportunity," stating the Lab planned to employ a new CFO, "Linden Lab is thankful for his contributions to the company, and we wish him all the best in his next endeavor."

BK Linden's legacy is a mixed one to many. He's credited to making Second Life much more profitable to Linden Lab, but it was partially done by laying off about a third of the staff. He also made the corporate management of the company a more traditional hierarchy, which from the point of view of many, "diminished the democratic 'Tao of Linden' spirit Philip Rosedale instituted." He was the acting CEO between Philip Linden's departure as Interim and the hiring of Rod Humble.

Hamlet Au had a few things to say about BK's legacy. The way he say it, "Bob Komin has helped prepare Linden Lab for a post-Second Life era, in which SL is less and less central to the company's strategy and plans." He had helped create the "very large" cash reserve to finance projects, such as games. "much of Linden Lab's management … likely see Second Life as a legacy MMO which has run its course. With the launch of new development tools, followed soon by a steady withdrawal of company resources, the future of Second Life will soon be almost completely in the hands of it's users."

In another post, Hamlet had a few bits of advice on how Second Life residents could help save the Grid after such a departure, notably multiplayer games inside Second Life, and third party viewers that could be tailored to support such games. However, to those who keep asking the Lab to lower tier, he felt Linden Lab was unlikely to do so without "substantial growth of active users. Maybe several hundred thousand." Hamlet doesn't seem to be a fan of what economists call "dynamic analysis" or "dynamic scoring."

Not many Lindens have had as much impact as Bob Komin. It should be interesting to see whom replaces him.