From Pet to Avatar 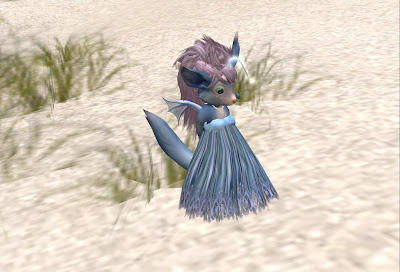 There's a joke about pets and their owners eventually starting to look like one another. That came to mind when I stopped by the place of a friend of a friend. The lady owned a number of pet Meeroos, but what got my attention was her avatar. She sported a Meeroo avatar. While Meeroo avs are not exactly new, as there's a mod kit that allows a brand of furry av to be modified to look like one, the ones I saw before were human sized. This one was about the size of her larger pets. She told us it was made from mesh. 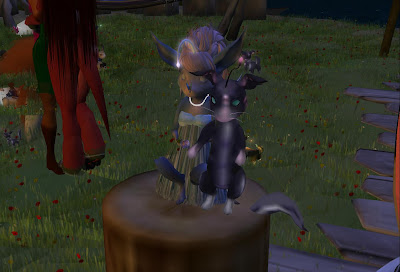 For those who don't know, Meeroos like to snuggle with their owners. And when one of hers asked to, the result was "like an odd date," as she put it. She is currently trying to design a hug animation that would allow humans and furs to embrace her like her pets.

*Correction* I thought she had told me she made the av herself. Kristine later sent me a message the avatar was from the Meeroo creators, a "RooU."