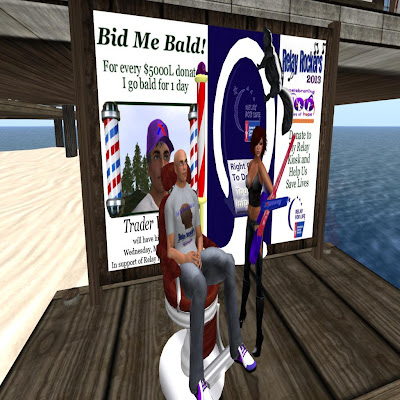 Trader Whiplash of T1 Radio and the "Relay Rockers" Relay For Life team sat through his "Bid Me Bald" Event on Wednesday March 27th. While the total amount raised for the haircut is unknown, it is known Trader "will be bald until April." So at least 25,000 Lindens were raised, as the rules were it would take 5000L to make Trader bald for a day. 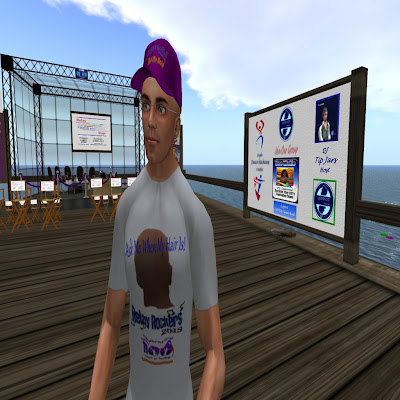 "Bid Me Bald" has become something of a tradition of the Relay For Life in Second Life, inspiring spinoff events such as "Bid Me Furry" or "Bid Me Human" for furred Relayers. But Trader always goes through the first one his group holds every year.