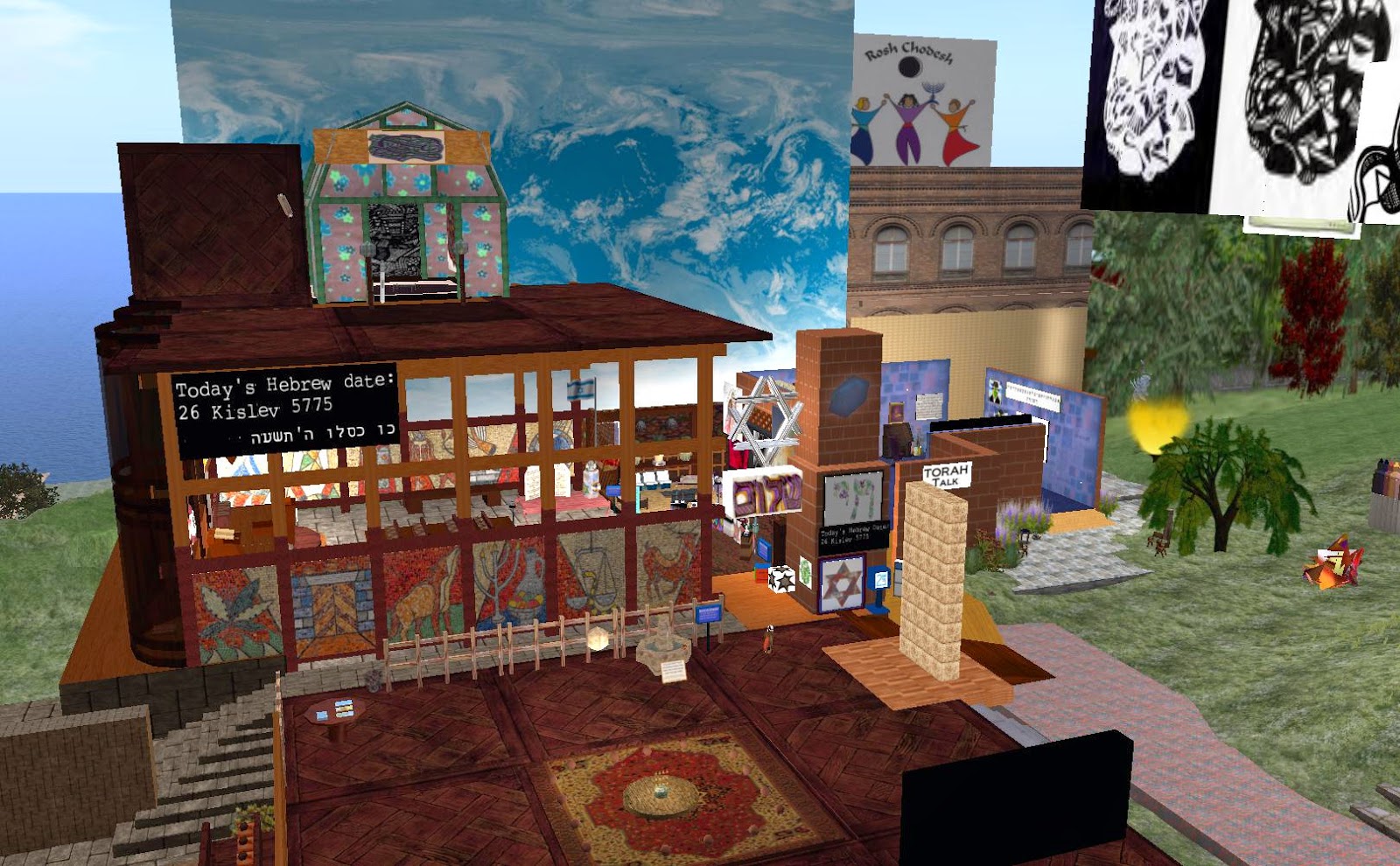 With Hanukkah (also spelled Chanukah) taking place this time of year, a religious friend suggested I could try to find something related to the holiday. As it turns out, there happens to be a synagogue here on the Grid, the Second Life Synagogue. 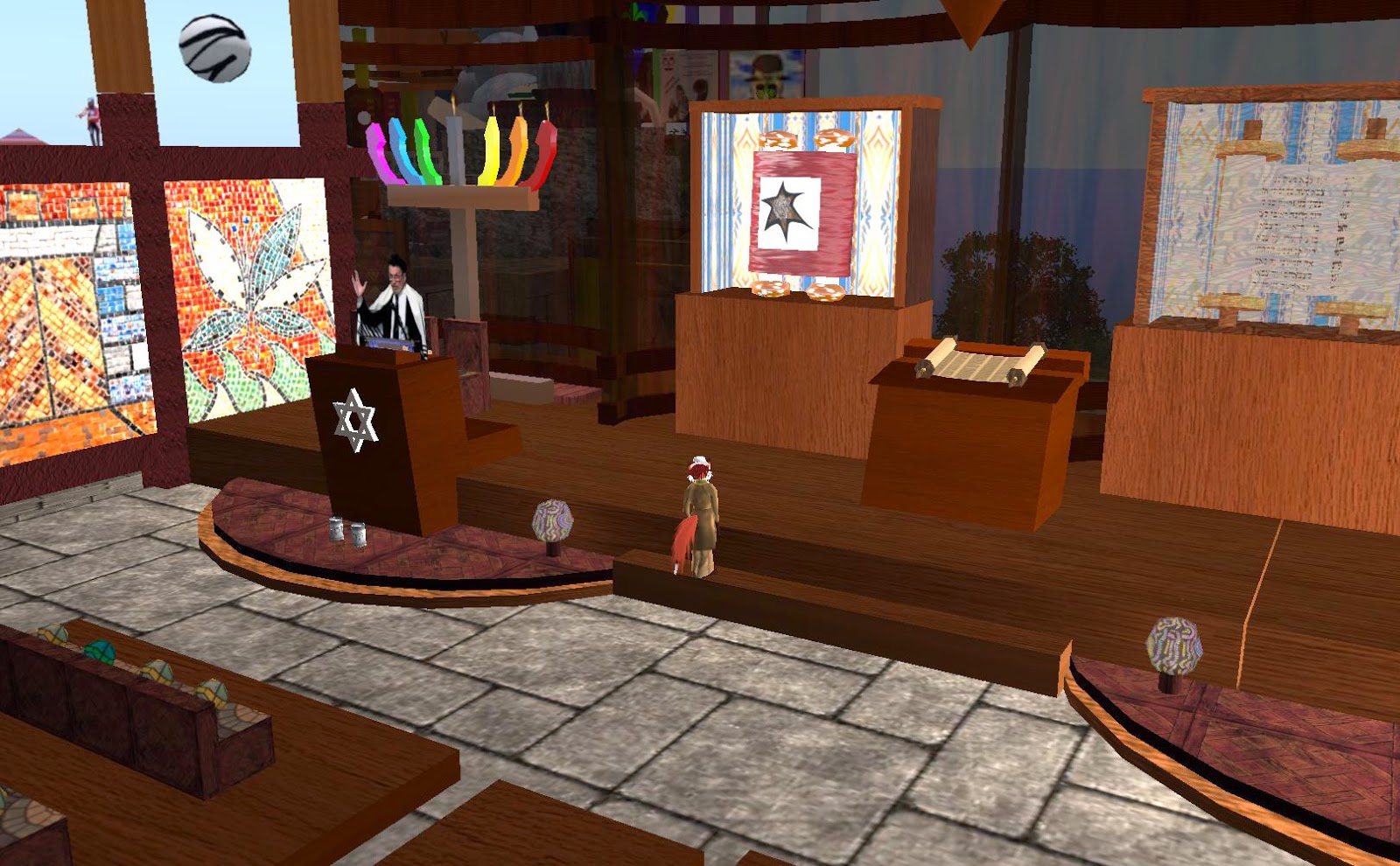 The place looked colorful, built in the style of the earlier mainland days of the Grid. There were some chuckles, such as a flying fish cake, and a couple cutouts explaining the inspiration for the Vulcan salute. On a more serious note, one could also pick up some notecards explaining about Judaism.

Outside the building was a menorah with three candles lit. So somebody was lighting it as the days went on. 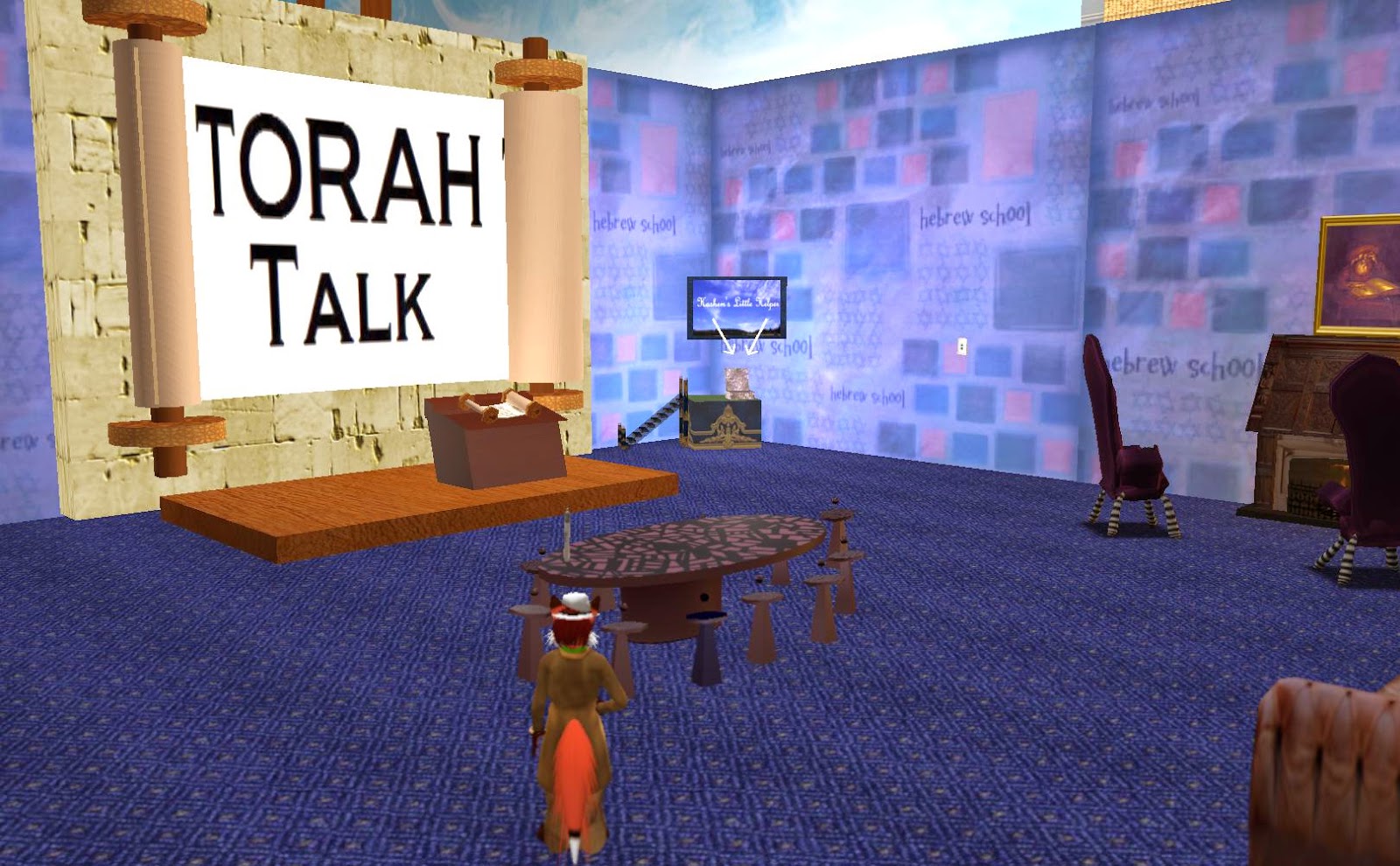 Next to the synagogue was where the "Torah Talk" discussion group met. A sign on the wall read, "Torah Talk is a discussion group made up of a very diverse group of individuals. We come from many countries. We speake many languages, and We observe differently. Some of us have studied for years, and some of us are taking our first baby steps into Torah Education." There was dreidel toy spinning around there.

Hanukkah did not originate in the days of the Old Testament. What happened was several years after Judea was taken over by Syria around 200 BC, it's new ruler began outlawing Judaism and it's practices. When it was ordered that pigs, an animal considered unfit to eat by the Jews, be sacrificed at the Temple of Jerusalem, the result was rebellion. Despite being outnumbered, the rebels succeeded, and the temple was to be cleansed and rededicated. But they needed kosher olive oil to burn throughout the ceremony, and only a day's worth was found. According to belief, somehow the oil burned for eight days, which was the time needed to prepare a fresh supply. To celebrate the miracle, an eight day festival was declared.

The Second Life Synagogue is part of the TMA Jewish Neighborhood , in the sim of Nessus.