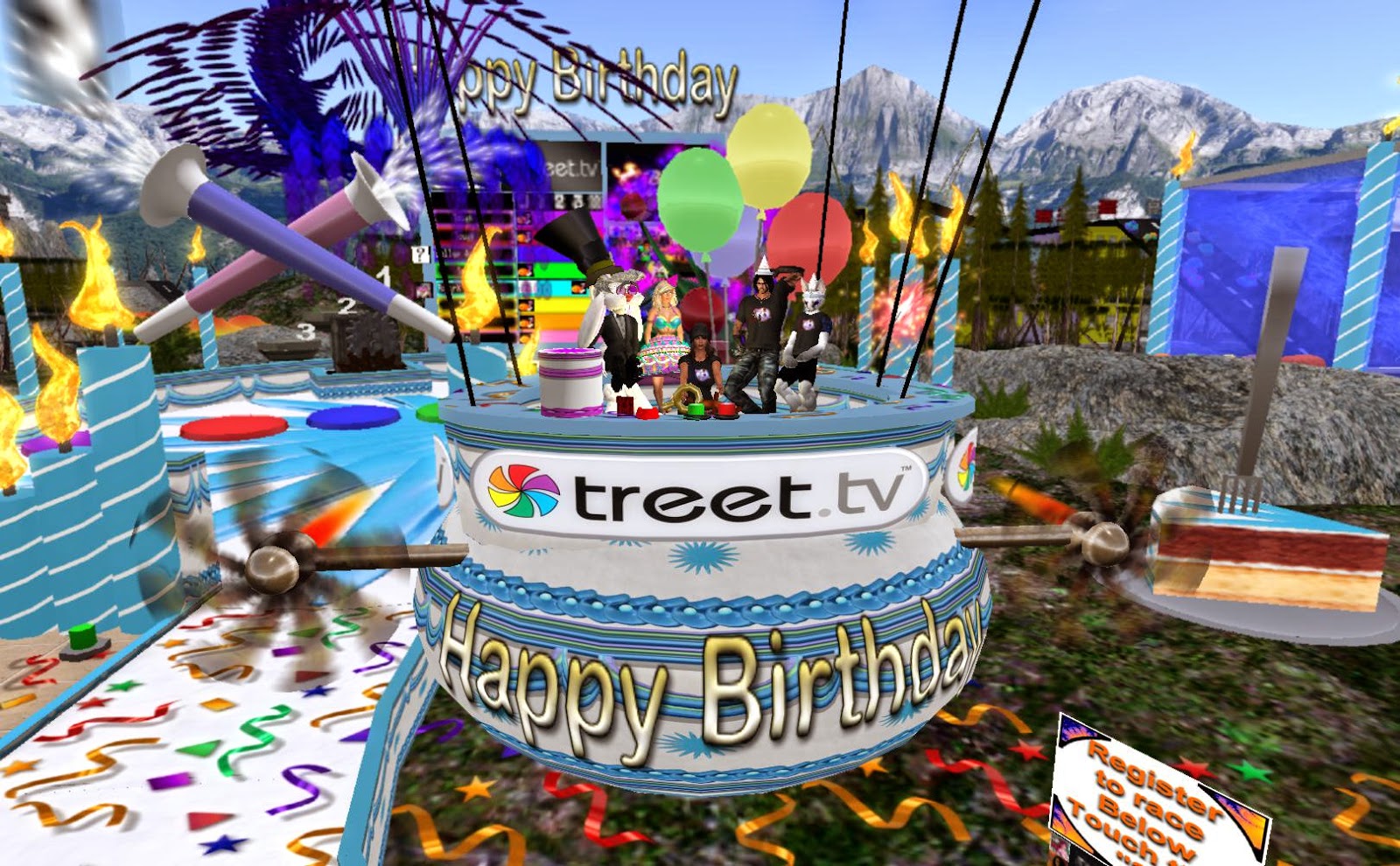 On Saturday at 11:00AM SL time, the Giant Snail Races held their tenth anniversary events. Organized by RacerX Gullwing and his staff, the weekly event has been good silly fun for the past decade on the Grid. The events consisted of an awards ceremony, two snail races through the maze, decorated in a birthday theme, and then a party. 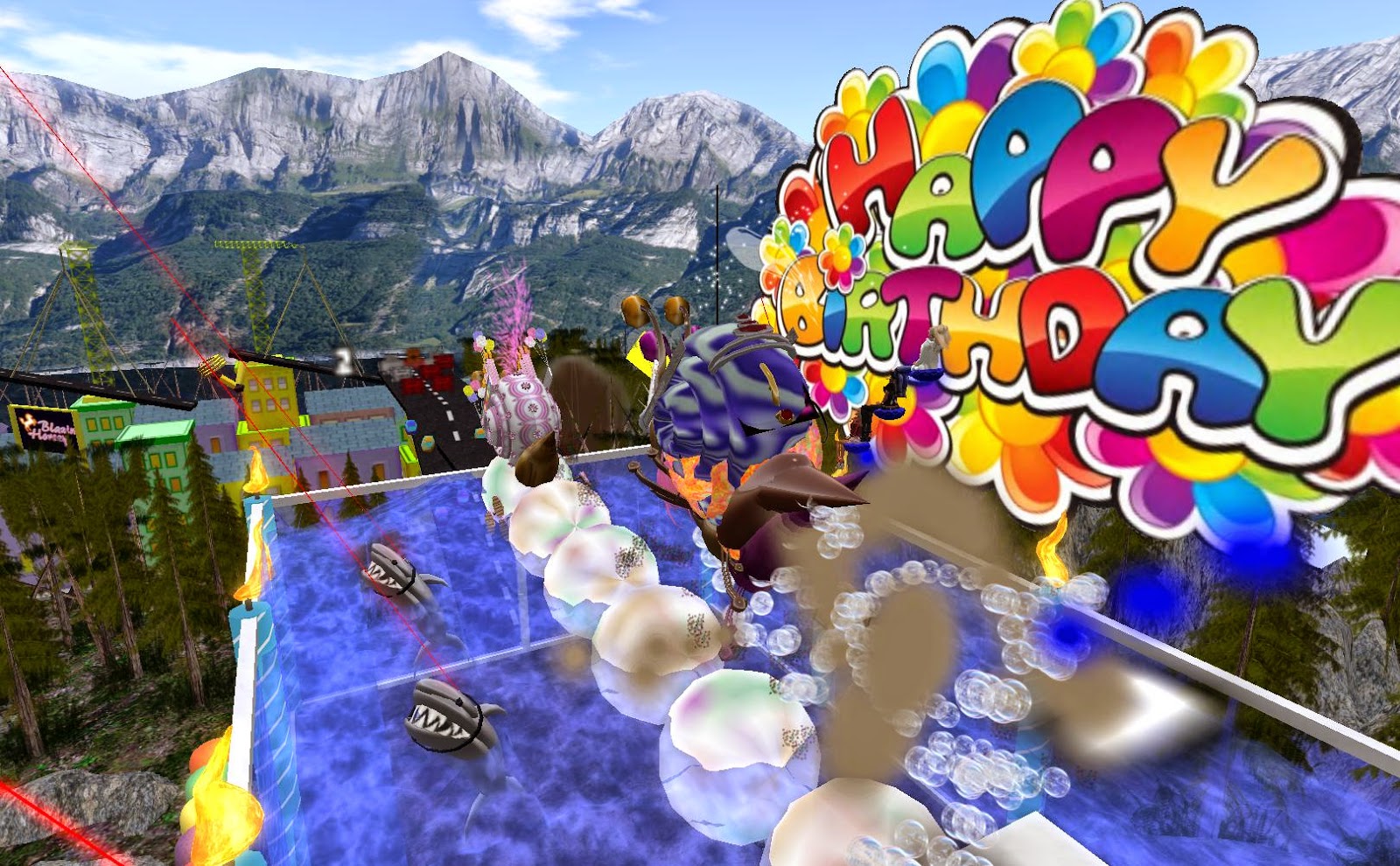 Well it's been a long strange trip to here. This is our 10th anniversary of Giant Snail Racing. Lots of Cake Snails and lots of fun. Thanks everyone for hanging with us. Happy Turkey Day from the Giant Snail Races. Also Alazarin Mobius has agreed to let us use his music in our show so credits music by Alazarin Mobius Cosmodrome is on the album Reticulated Splines and during the race we used his song Space_Patrol is on the album Iaxartes Tholus. 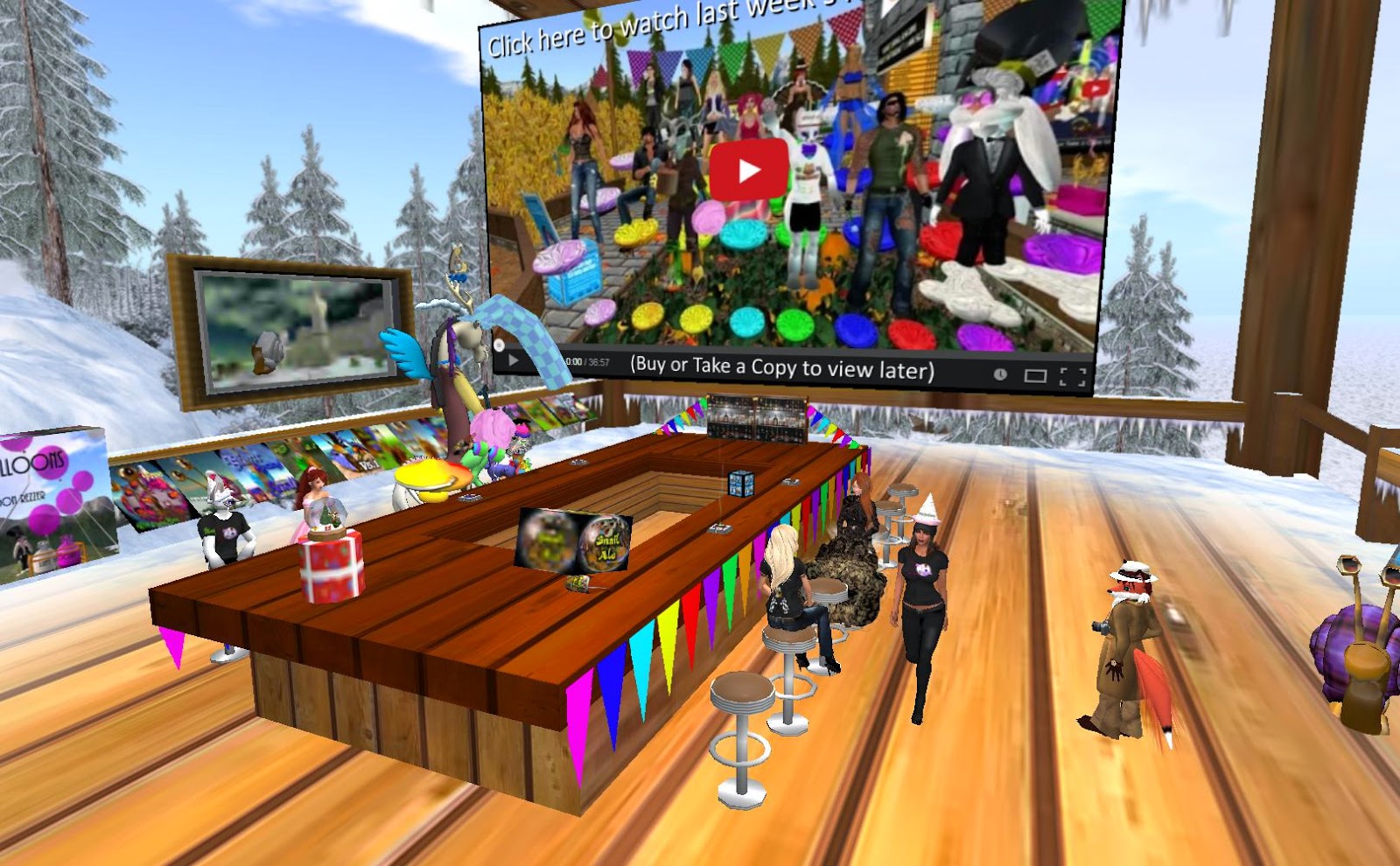 The first race was won by Lana Mathilde. Oodlemi Noodle won the second. Besides the races, those present were also asked to vote on the best decorated in theme snail. Temba Resident won Best in Show.

After the races, people partied near the maze for a while (seen speeded up in the last few minutes of the above video). Then everyone still there headed over to "Club Snailo," listening and dancing to tunes by DJ Xanadu.