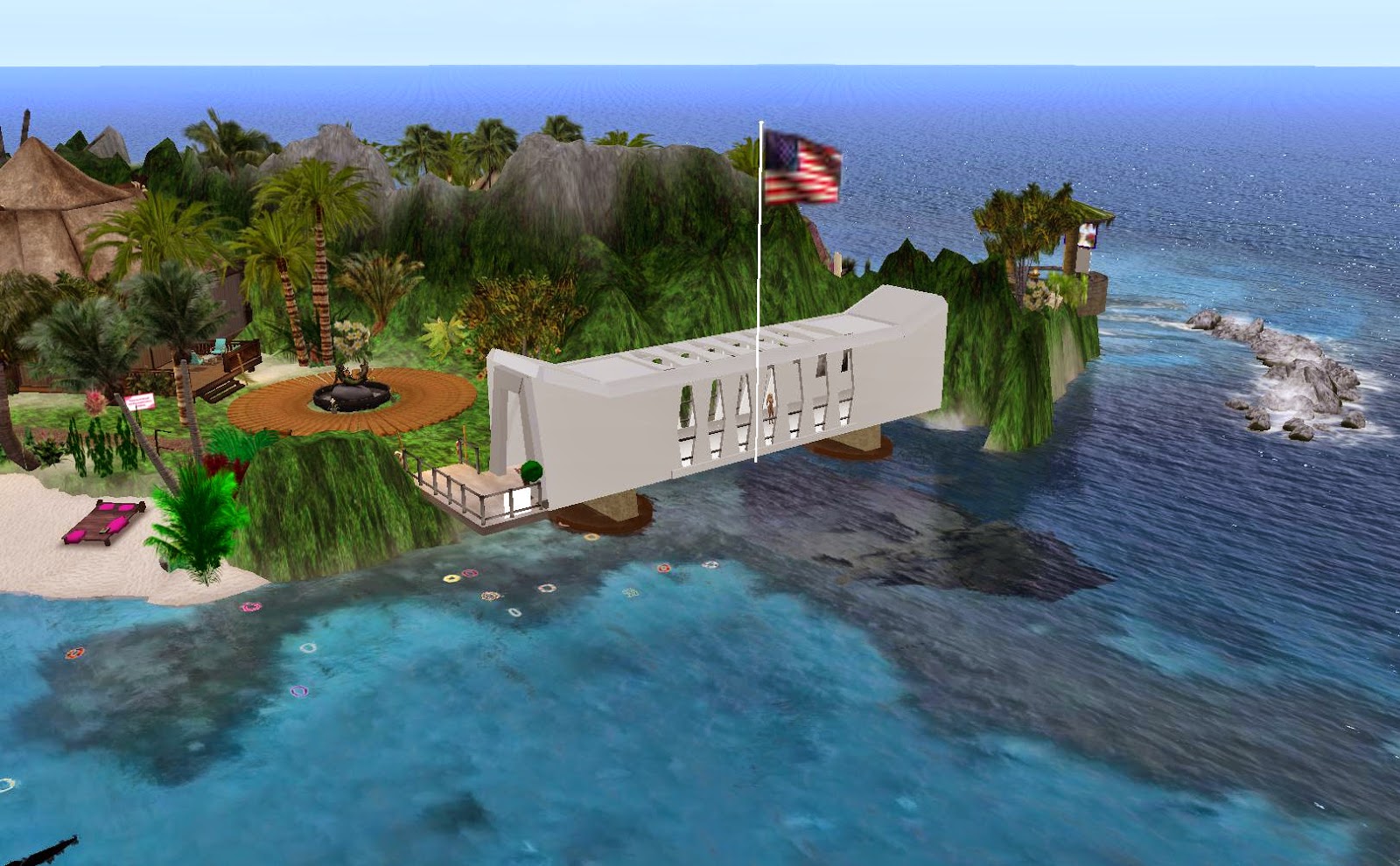 It was seventy-three years ago this Sunday when the Japanese Empire launched a surprise attack on the US Pacific Fleet at the Navy base Pearl Harbor at Oahu Hawaii. For the Americans, the results were devastating, over 2400 killed and numerous ships sunk or damaged, including four battleships that were sunk. Half the deaths came from the sinking of the USS Arizona, which took a direct hit where it's ammunition magazines were, resulting in a massive explosion. While other ships were recovered, the Arizona was too badly damaged, and left as a memorial to it's crew. In May 1962, an official memorial was completed over the wreck of the ship. 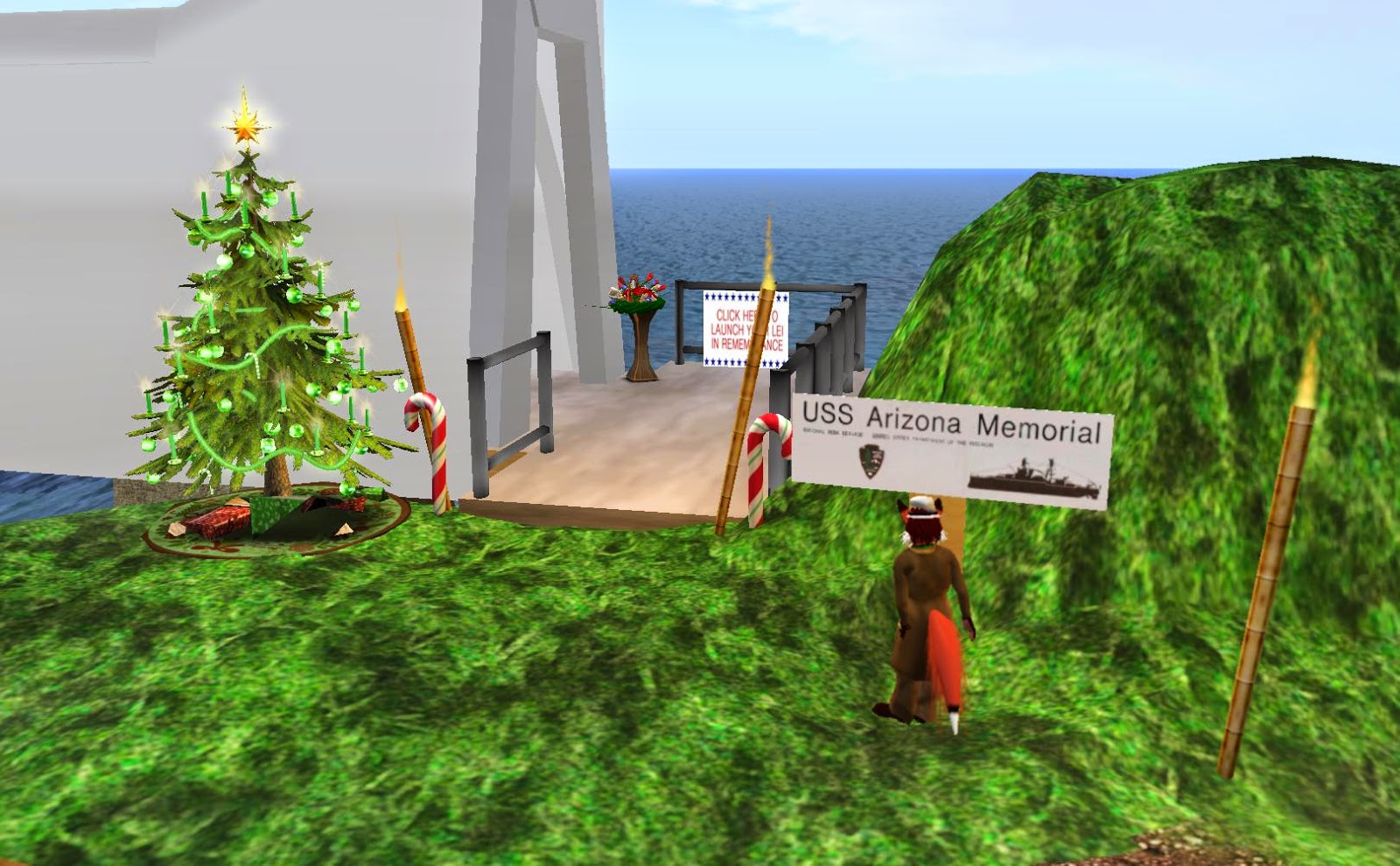 Second Life has it's own Oahu Island, and in the southeast corner is it's own USS Arizona Memorial. People dropping by were invited to pay their respects and reflect. 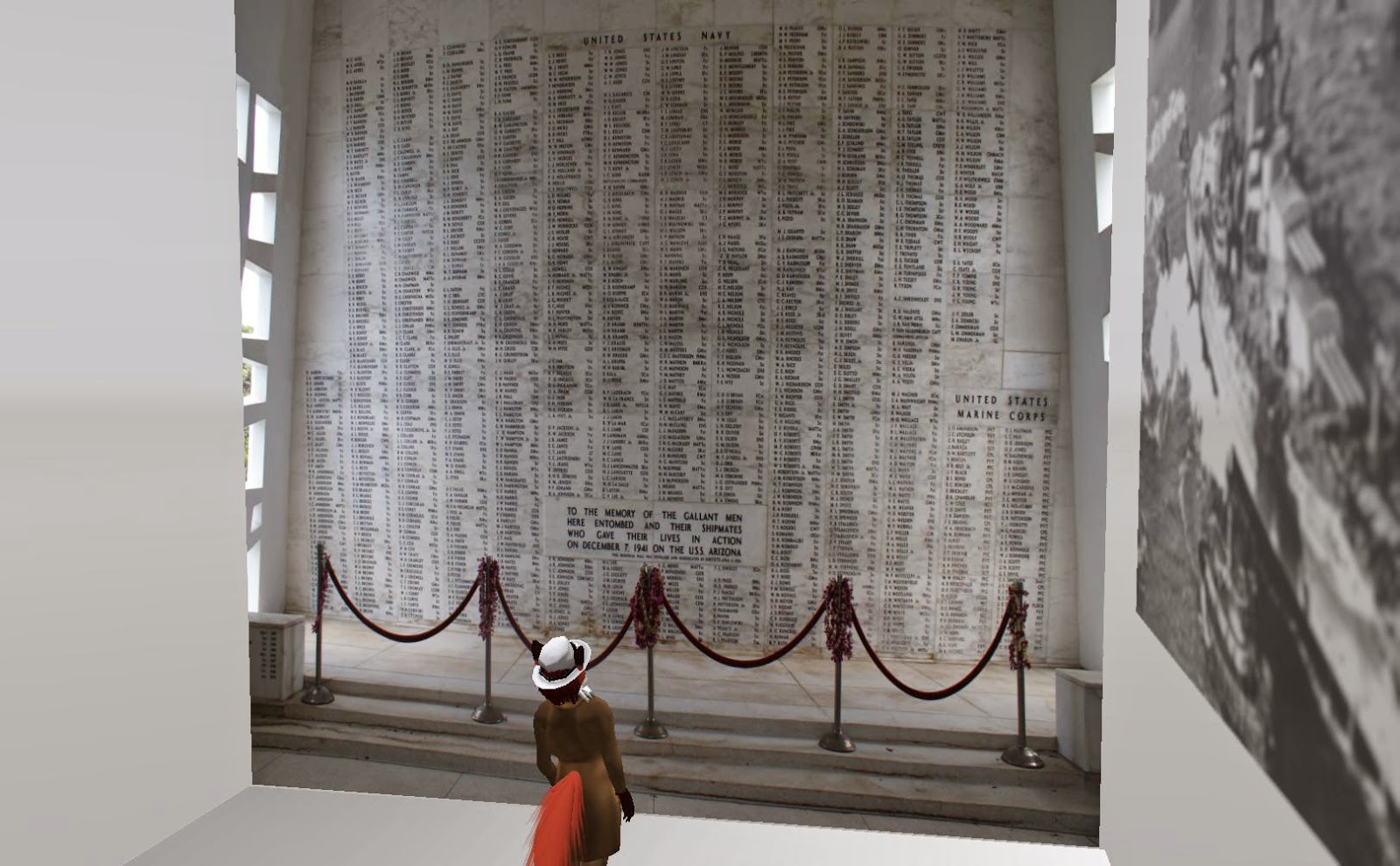 The memorial has historical pictures of the ship and of the event. At the back is a listing of the names of those whom were killed. 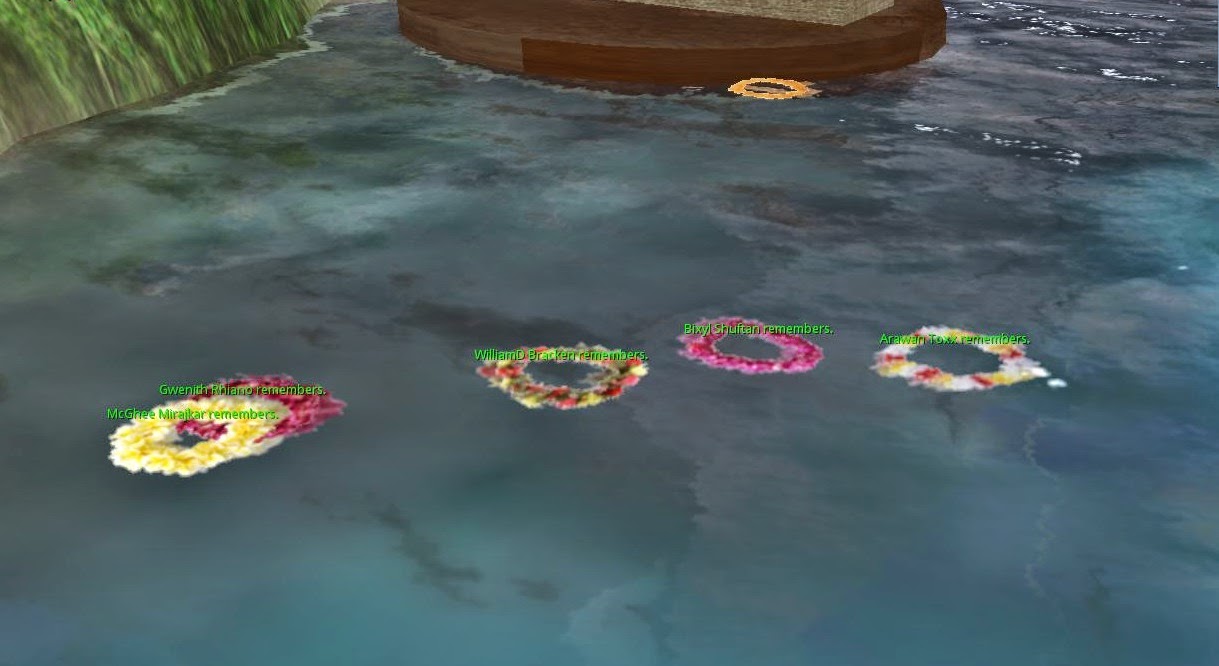 One could press a sign to have a lei thrown in the sea to honor the fallen. They would linger a while, the name of the thrower hanging overhead. Beneath the memorial was a mockup of the Arizona, which like the real life wreckage bubbled up an occasional bit of oil to the surface.

In the past, anniversary events were held at the memorial, such as for it's seventy year anniversary.