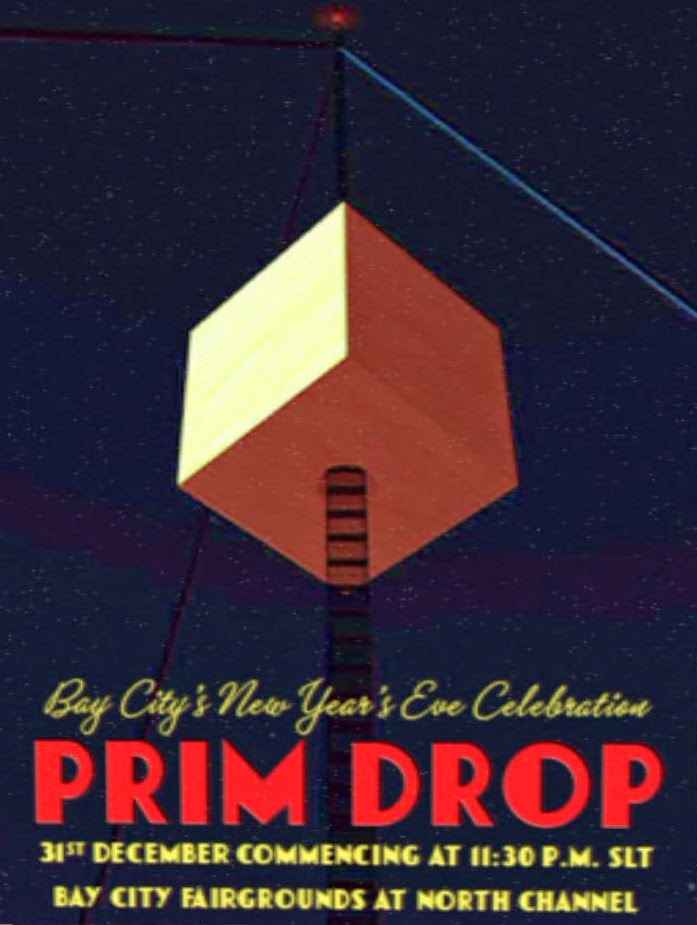 BAY CITY, SL (27th December, 2014) - Bay City is one again preparing for their annual "Prim Drop" on 31st December, with festivities commencing at 11:30 pm SLT: Festivities will take place at the Bay City Fairground in North Channel with a brief music set presented by Marianne McCann as well as fireworks and other fun. Food and drink will be provided.

The event is themed as an outdoor, wintertime soirée, and black tie attire is recommended. Nevertheless, all Second Life® Residents are welcome to attend and mingle with Bay City's high society.

This will also be the last event in Bay City this year for donating to Child's Play Charity (www.childsplaycharity.org) .  Child's Play is a 501c3 non profit organization offers online communities such as ours an opportunity to help seriously ill children around the globe during their hospital stays with the purchase of games and gaming equipment.

As of the 24th of December, Bay City has raised a staggering L$355,273 for Child's Play Charity through their annual silent auction and tree lighting concert, a Christmas tree sale, and other events.