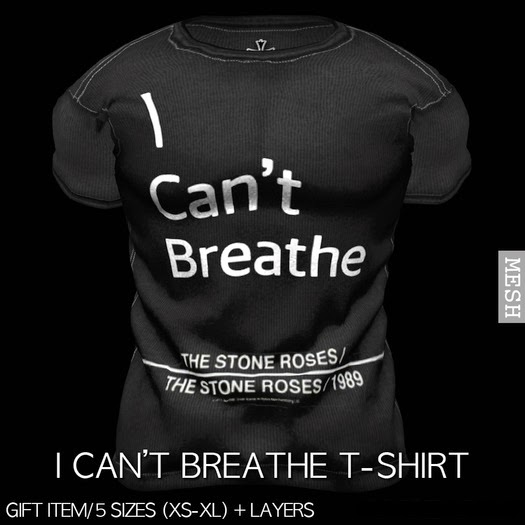 In recent weeks, "I Can't Breathe" has become a rallying cry for protesters following the decision of a grand jury not to indict a New York City policeman for charges related to the death of Eric Garner, an overweight man who died in custody following his arrest for selling cigarettes without paying taxes on them. His last words "I Can't Breathe" were caught on camera, and became a demonstrator's chant. For those in Second Life wishing to make a statement, Ryosukito Felisimo has made this mesh T-shirt available on his SL Marketplace page.
Posted by Bixyl Shuftan at 6:01 AM