Announcement: Where is Springstar Drinkwater? 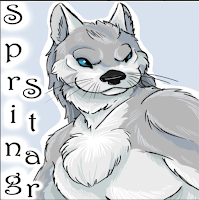 Angel Scarborough is worried about Springstar Drinkwater as she has not been able to reach him inside or outside of Second Life in almost two years.

Springstar is part of Angel and Akea's Second Life family.   As most of you know, Akea passed in October 2018 and Angel is becoming concerned that something has happened to Springstar also.  She would greatly appreciate it if anyone who is in contact with him could let her know his status.