Update on Lawsuit Against Linden Lab


It was on Wednesday July 31st that former cybersecurity worker for Linden Lab, Kavaya Pearlman, announced she had filed a lawsuit against the Lab alleging that they had fired her in retaliation for bringing up multiple security issues concerning cybersecurity laws, and that part of the reason for her losing her job was for being a woman and an ethnic and religious minority. A little more than two weeks later on Friday August 16, Wired Magazine had an article about the lawsuit, which had some more information and a statement from Linden Lab's spokesman Brett Atwood. 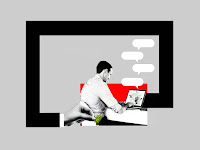 “While we will fight her alleged claims in court, we deny any allegations that the company has engaged in any illegal activity. Ms. Pearlman left the company on March 15 only after she was given the opportunity to improve her work performance. We look forward to all the facts coming out in a court of law.”

The article would say Pearlman claimed Linden Lab "was not complying with anti-money-laundering rules," such as required information about the skill game operators. Atwood would respond to Wired over email, "All Second Life skill gaming operators must provide and verify their identification as part of a rigorous application process. We are in compliance with all legal regulations and all skill gaming operators agree to our Terms and Conditions as part of the review and approval process for our Skill Gaming program.”

The Wired article would state that the lawsuit mentions Linden Lab's fraud team manager "presented information to Linden board members in quarterly fraud reports that acknowledged a high number of such Ageplay [sic] violations were actually occurring on a regular basis each quarter." The lawsuit would also claim the Lab's chief compliance officer at the time, Scot Butler, wrote a memo, "urging compliance with cybersecurity laws consistent with Pearlman’s repeated concerns." Wired would state that "a former high-level Linden Lab employee confirmed the contents of the memo." When the Linden Lab spokesman was asked about the descriptions of ageplay, he responded, "If any such activity is detected, individuals or groups promoting or providing such content and activities will be subject to enforcement actions, which may include immediate termination of accounts (including all detectable alternate accounts), closure of related groups, removal of content, blacklisting of payment information and loss of land or access to virtual land.”

Nothing was mentioned of the contrast between the allegations of Pearlman's alleged ill treatment by the Lab due to being "a minority, a woman, a Muslim woman and an immigrant" and Linden Lab's actions in recent years such as issuing a statement against a Presidential order imposing immigration restrictions, and joining other companies in a statement of support of gay, lesbian, bisexual, and transgendered workers against discrimination.