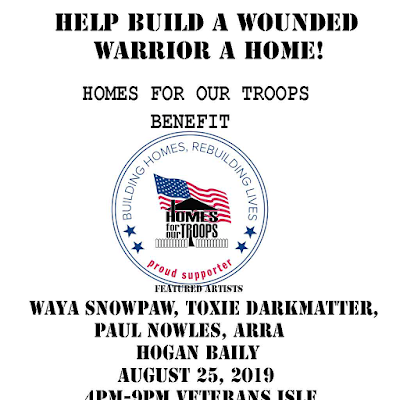 Frets Nirvana and US Military Veterans Group announce 2019’s August benefit for Homes For Our Troops in Second Life!

Frets Nirvana, the premier guitar artist in the virtual world Second Life and the US Military Veterans Group announce the 2019 August benefit in Second Life for the Veterans Support Organization Home For Our Troops.

Sponsored by Frets Nirvana and the U.S. Military Veteran’s Group of Second Life.  To learn more about Homes for Our Troops visit https://www.hfotusa.org.