Cartoon of the Day: Drinking The Koolaid 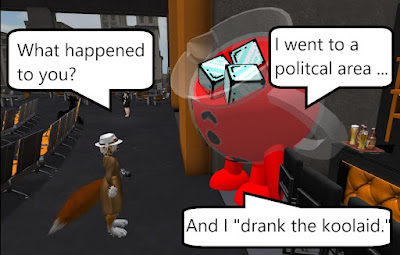 Taken at Film Threat. Among the avatars I saw there was this old "Kool-Aid Man" one. Kool-Aid itself has been around for years, with commercials on TV showing their mascot smashing through walls shouting, "Oh yeeaahh!" Unfortunately for the company, in 1978 a cult leader ordered his followers to commit suicide by drinking from a vat filled with the beverage mixed with poison. Years later, people still call blindly following a movement or ideology (especially one they don't like) "drinking the koolaid."