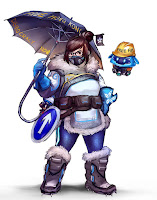 On August 31, it was reported that by order of the national government, Chinese game players under 18 would be limited to playing video games to three hours a week. This time is limited to Friday, Saturday, and Sunday, at one hour each day. This law replaces an earlier one that limited game time for minors to 90 minutes a weekday.

The reasons given for this action by the Chinese Communist government depend on who one asks. State media has reported concerns about videogames being "spiritual opium" harmful to the young. But it's widely believed the law is not so much about protecting the young but controlling what they see and hear, as the Chinese government is increasingly concerned about Western influences on children.

In the recent past, some in the gaming industry have gone through great lengths to appease the Communist government, such as when Activision-Blizzard was quick to ban a Hong Kong gamer who made a brief statement in support of protestors.