Reader Submitted Commentary: "The Many Faces of Linden Lab" 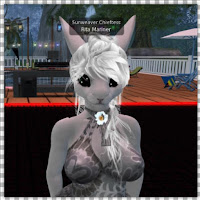 I have been on Second Life for close to 15 years now.  I have been here through the deforming teleports, the iffy, sim crossings, the constant red clouds.  Over the years, the people at Linden Lab have worked on many of these issues and have reduced if not eliminated many of them.  Sim crossing, with vehicles, is still hazardous however. I have no idea why they can't seem to fix that issue, most other video games have no such problem.

I remember when they had actual Lindens hangout with the people that inhabited their world, listening to what we said about Second Life. What was good, bad, needed work, etc.  That kind of feedback in valuable. They stopped doing that to save money, they said, and service has suffered.

I can understand why Linden Lab stopped gambling, on Second Life years ago and just recently Gatchas. US and state gov'ts breathing down your neck, is great incentive to deal with it.  The issue I have was the way they dealt with it.  It was a major PR disaster in both cases.  With gambling, people lost so much money they had invested, in SL, they got really upset, and left SL, never to return.  The player base of SL has never recovered.

Their biggest fiasco has been Sansar.  No one asked for this, nor wanted it. Linden Lab failed to take into account that we would NOT be able to take with us years and thousands upon thousands of dollars worth of sims, avatars, clothes, no copy items, custom items, etc, to  their new grid. That was a non starter. No one was willing to toss away all their accumulated inventory, to move to a new sim. That would be madness.  LL really didn't think that one through. Instead, all that time and money could have been better spent on improving their existing grid, Second Life!

Another issue is the two-faced handling of content creators.  Linden Lab loves the lindens they get from players buying, the items these creators, Spending hours building items like avatars, furniture, homes, clothes, misc, whatever you heart desires. How many of these talented creators have left SL, because LL doesn't care that their creations get copybotted and sold by the offenders. Complain the LL, you get deaf ears.  Going after the copybotters is WORK!

Linden Lab, instead of trying to figure new ways to wring more money out of your existing player base, you might work at making it more attractive to actually WANT to play Second Life.  Build your player base.  The more new folks you can get to play the game, the more might actually like it, and start spending money..

My final bitch at Linden Lab, is a big one, and I can see ZERO EXCUSE for it.  If your Second Life account gets hacked, instead of LL going after the offender that HACKED you, YOU are treated as the criminal, get your account banned and they REFUSE to help you get your account back, no matter what info you supply. Then when you create a new account, they ban that one too, SACRILEGE!  LL wakeup and smell the coffee!  We play your game, we pay your bills, start treating us with respect!