"Joust A Linden" At The Ren Fest 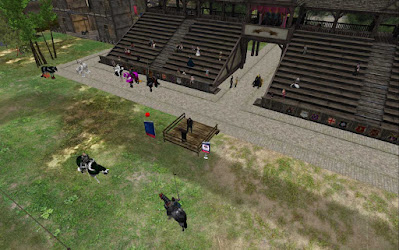 Thursday September 29 was the day of "Joust a Linden or Mole" at the Renaissance Festival. For a 1000 Linden dollar donation, residents could spar with one of the several Lindens and Moles at the event. 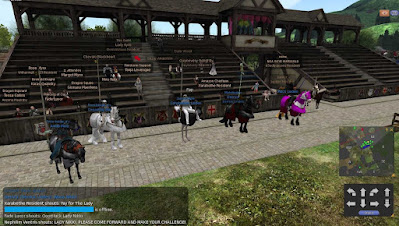 Several Lindens and Moles took part in the event. There was Allota and Dreaming Mole, and there was Constantine, Derrick, and Patch Linden. Constantine's mount was an ostrich. Patch's horse had on bright purple colors. 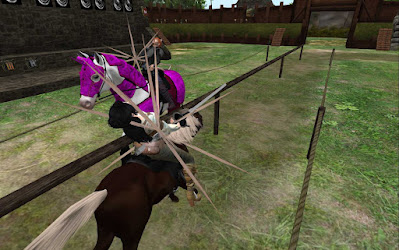 In the matches, the residents did pretty good, such as Nikki Lacrima's victory over Patch Linden. Unfortunately near the end, my viewer crashed, and lost track of who else jousted who. 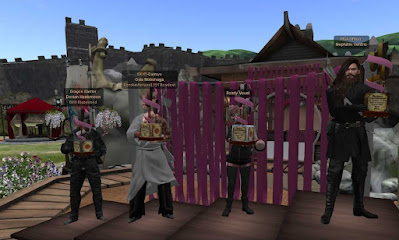 There would be other events that day. This included an archery tournament in which the top four were
1st: Nephilim Ventris
2nd: Pointy Voxel
3rd: KenshinHimura1997 Resident
4th: Bill9 Blazewood
The Ren-Fest raises money for the American Cancer Society.
The festival goes on to Sunday October 2. For more information check out the blog: https://slrenaissancefestival.com/
Bixyl Shuftan
Posted by Bixyl Shuftan at 6:02 AM