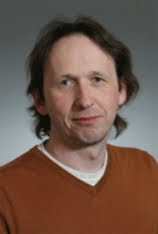 On December 23rd on the official blog, BK Linden announced Linden Lab would have a new Cheif Executive Officer, starting mid-January. They had chosen Rod Humble, whom would be joining Linden Lab from Electronic Arts, where he had been Executive Vice President of EA Play.

Linden Lab's official statement described Humble as having a “20-year career in the game development industry,” with “work on more than 200 games.” He is most noted for his work on “The Sims,” in 2009 ranked seond on Edge magazine’s “Hot 100 Game Developers.” Before that, he was Vice President of Product Development for the online game “EverQuest,” which was the most popular MORPG before “World of Warcraft.”

Philip Rosedale stated, “Rod is a great new leader for Linden Lab. ... With Rod's fresh insights and deep experience in creating and leading the development of fun, intuitive, immersive entertainment experiences that have attracted massive audiences of loyal users, he's the right leader to understand what makes us special and bring the next level of growth to Second Life."

Humble’s words on the press release were, "Joining Linden Lab is a very exciting opportunity, ... have a long standing interest in the how the boundaries of society and economics change as communications evolve in new ways. Second Life is unique: it sits at the intersection of virtual worlds, avatars, and human contact. The Residents and developers of Second Life have built something very special, I am honored to join the talented team at Linden Lab to help expand this new frontier."

Humble will not be availale for interviews until some time after the New Year begins.

Picture from mobygames.com
Posted by Bixyl Shuftan at 6:00 AM