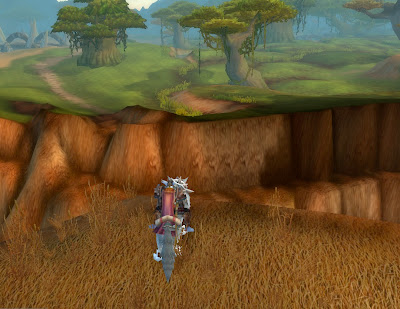 With the "Cataclysm" expansion not far away, World of Warcraft was recently given a major update. Looking around, many familiar sights are changed. Ogrimmar, and presumably the other capitals, have new looks. Many areas have been changed, such as the Barrens which was split in two and the southern part becoming a whole new zone. And there are a number of new quests. New classes are available for some races, druid trolls being one.

The old WoW as we knew it is gone.

A few questions come to mind. With higher-ranked players able to fly in the classic areas, will the PvP servers become hell for "lowbies?" Will the population of Second Life drop a bit for the next few weeks as some Wowers leave for a bit. Will Woodbury set up shop in WoW in order to harrass the wolf characters?