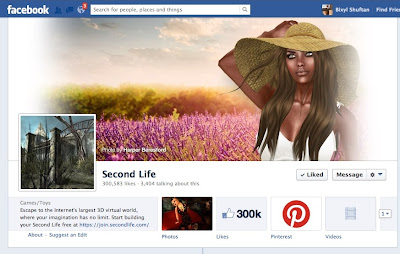 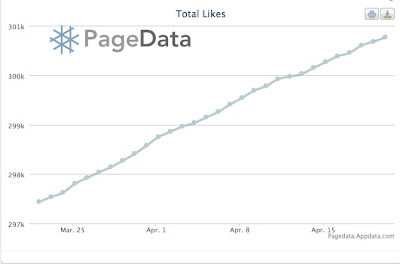 Daniel Voyager found some statistics on the page on PageData: "It seems there’s between 700 to 800 new likes/fans every week. The official Second Life Facebook page was created on 23rd April 2009 and reached 100, 000 during late 2010."

Hamlet Au felt Second Life's "active user base" is about 600,000. This would mean about half of Second Life's residents are also on Facebook. This is not a big surprise as about half the United States, and a number of other countries, have Facebook accounts. While many SL users go ahead with Facebook's insistence that they use their real life identities, others (including yours truly) use their avatar's name.