A Celebration of Life in Memory of the Fallen


On Monday April 15th, Boston's famous marathon was the scene of a massacre when two bombs went off, killing three and hurt well over a hundred. Some were so badly injured, they had to have a limb or two amputated. It was the worst act of terror in the United States since Sept 11th 2001.

As this was the day Americans are due to pay income taxes, Club Zero Gravity was scheduled to hold a "Working Stiffs" event the following night. But with this event with two young adults and a child killed and many with lifelong injuries, Nydia wanted to change the theme to "a celebration of life and love." So the party was changed to a memorial event with a Best in White dress theme. 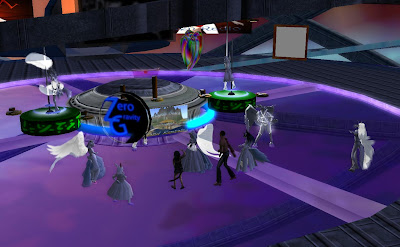 DJ Megatherion was the DJ for the space station club that night, with a number of people showing up, including Club Cutlass' Jenni Greenfield.

Following the memorial event was a more cheerful beach party down below at Happy Vixen Club, with Nydia herself taking charge of the DJ booth with a large selection of lighthearted tunes. Among the guests was Alleara Snoodle, whom has been noted for a number of builds and her work at the Chilbo Community.

As Nydia called it, a celebration of life and love.